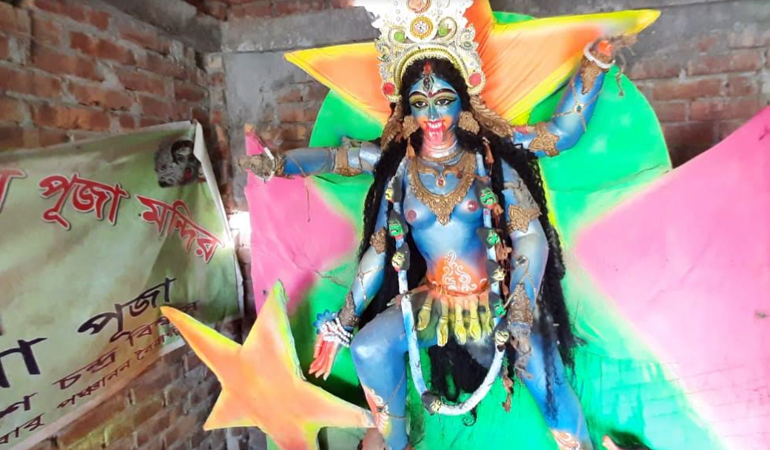 Two idols were vandalized in a Kali temple late at night in Mongla of Khulna, Bangladesh. This incident took place at the Kanai Nagar Sarvajanin temple in the Kainmari area of ​​the Chandpai union of the Upazila on Sunday. The local police arrested three local Muslim youths involved in the incident. Earlier, a Hindu journalist was beaten and was forced to put on a shoe garland on June 24 in Khulna’s Satkhira district. The victim was identified as Debasish Kumar.

The three arrested Muslim youths are – Md. Rahat Chowdhury (20), Md. Nayan Munshi (24) and Md. Asif Khan (22). They all are residents of the same area. Asif Iqbal, Senior Assistant Superintendent of Police, Mangla-Rampal Circle, said, “On receiving the information, the spot was visited early in the morning. Police have been deployed in the temple area.”