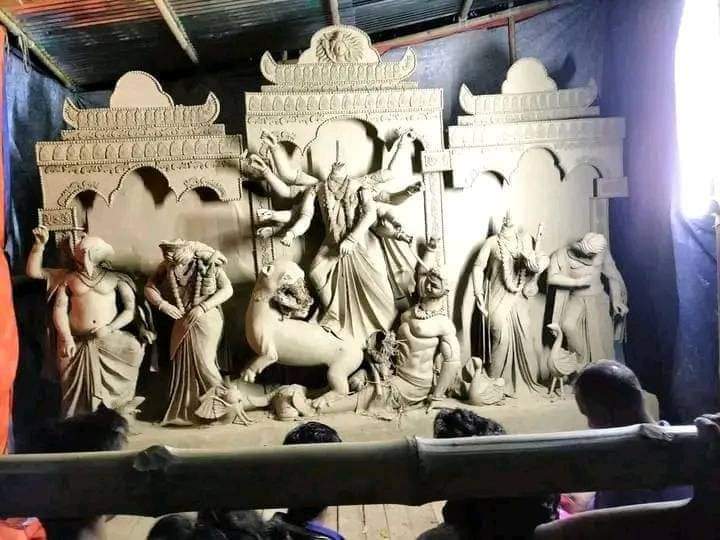 Durga Puja, the biggest puja for Bengalis, is coming up. Last minute preparations for the start of Durga Puja are going on all over the world. But the puja of the Hindu community in Bangladesh is about to end before it begins. Because the local Islamists have already started vandalising Durga idols in the Kushtia district of the country. This year’s first Durga idol vandalism incident took place in Bangladesh last night.

It should be mentioned that last year too, the first communal attack on Durga Puja started in Kushtia, which later spread across the country. On September 21, 2021, miscreants vandalised all the idols of the under construction Durga Puja mandaps in Aruapara, Kushtia City. The next morning, after learning about the matter, the Mandap committee members reported it to the police. However, the police said that the people involved in the incident could not be identified.

Recently, the country’s home minister made a statement like Fatwa that during Namaz and Azan, the sound box in the puja mandaps should be shut down. And leaders of Puja Udjapon Parishad agreed to that.

Also, the country’s Prime Minister, Sheikh Hasina, came to India and made a statement that Hindus in Bangladesh are safe. But the real picture depicts the terrible condition of Hindus.

Previously, there was an allegation that Santal Hindus‘ shelter houses were being occupied by local Islamists. The Santal Hindu community is now spending their days in other people’s backyards due to house encroachment. The area around Fazilpur in Dinajpur Sadar Upazila has become quite noisy around this incident. The victim Santal Hindus complained that some Islamist families of the local Chilmon Khan Dighi had occupied their houses. This has led to a clash between the two communities.