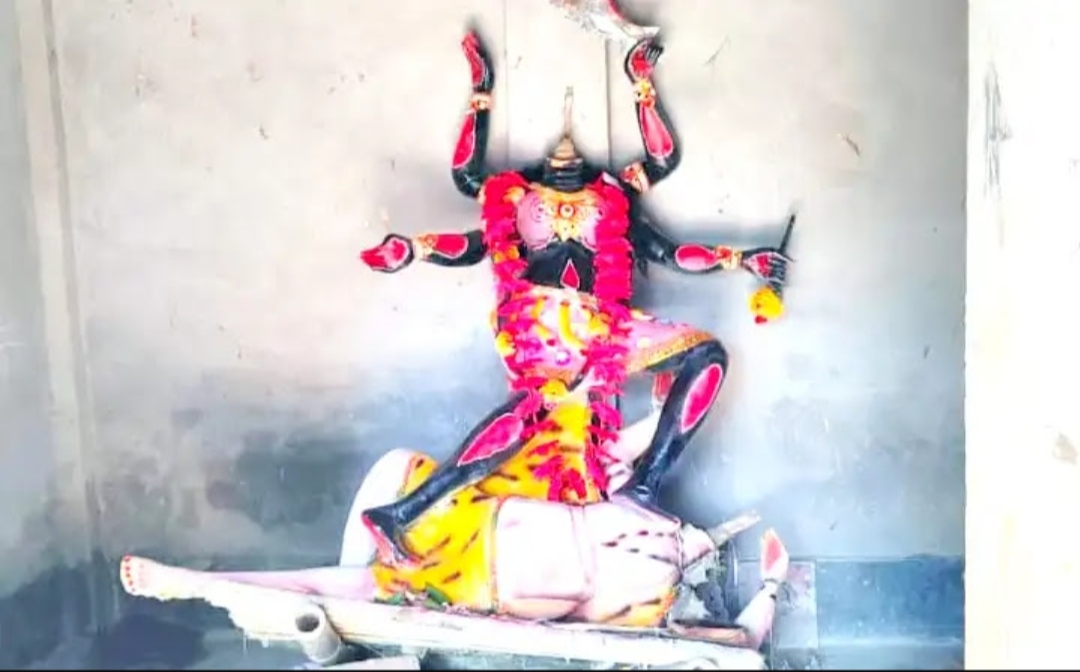 On Friday, November 4, unidentified miscreants took away the heads of Ma Kali and Shiva Vigraha from a puja mandap in Khamarpara village of Khansama Upazila of Dinajpur district, Bangladesh. A case is being prepared against unidentified persons for allegedly hurting religious sentiments in this incident.

According to the Khansama police, this incident took place in Balram Bazaar Mandap of Khamarpara Union of the Upazila on Friday night. Earlier instructions were given to all concerned about the Visarjan of the Vigraha after the Kali Puja. But the Vigraha was kept behind. Local Hindus believe that miscreants attacked and broke the Vigraha’s head sometime during midnight.

Mandap committee member Sanjit Kumar Roy said “the front door of the Tinshed Mandap was open.” On Friday morning, local people told me that they could not see the head of the Vigraha. “I came to the mandap and saw the incident and informed the concerned people.”