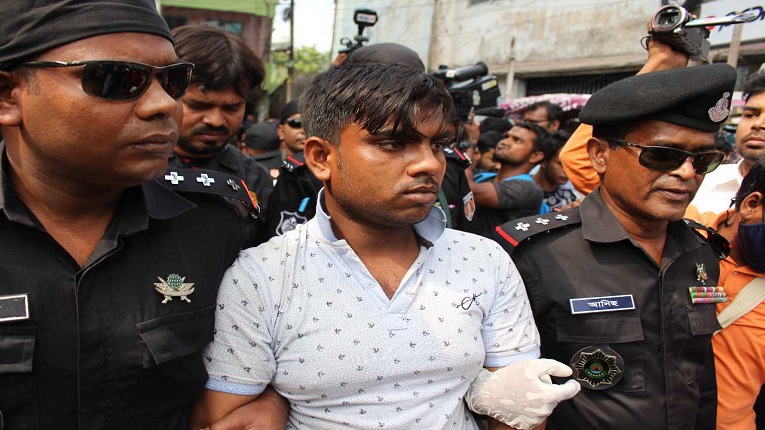 A Hindu woman named Kavita Rani was brutally killed after being caught in the trap of love jihad. Her dismembered body was recovered from a rented house in the Sonadanga Thana area of ​​the Khulna metropolis in Bangladesh. RAB-6 confirmed the identity of Kavita Rani on Monday (November 7). The deceased Hindu woman Kavita Rani is the daughter of Kalipad Bachar of the Kuter Bill area of ​​Satkhira Ashashuni.

RAB has arrested the killer Abu Bakkar in this incident. In the press conference on Monday afternoon, RAB-6 spokesperson Lt. Col. Mostak Ahmed gave a gruesome description of the murder. He said that the arrested Abu Bakkar and his so-called wife Sapna have been living as husband and wife for 3 years in the house of a person named Raju at Gobarchaka Crossroad No. 1. Swapna is not his wedded wife. She works as a nurse at Prince Hospital in the city. Abu Bakkar trapped Kavita despite being in a relationship.

Besides, only 5 days ago Kavita and Abu Bakr met. They have spoken more than once based on acquaintance. The accused brought the victim to his rented house last Saturday as Swapna was on duty. After that, an argument started between them. Abu Bakkar killed Kavita by suffocating her when she continued to speak loudly. Later, in order to hide the body, he brought a chopper from the kitchen and separated Kavita’s head from the body. After that Abu Bakkar wrapped her ripped head in polythene. Later, Kavita’s wrists were cut off and Bakkar put the rest of the body in a box.

The RAB official also said that the same night, Abu Bakkar crossed the Rupsa river with his so-called wife Sapna and left for Dhaka. Along with the police, RAB intelligence confirmed the location of the accused Abu Bakkar on Sunday night. After that, he and his possible wife were arrested in Chowrasta area under the Basan police station of Gazipur district. The arrested accused has been handed over to Sonadanga police station.

It should be mentioned that earlier on Sunday at around 11 am, the police recovered the body of Kavita Rani from a rented house at No. 1 Gobarchaka Cross Road, Tetul floor, Khulna city. Later, according to the accused’s confession, the RAB recovered the wrists of the body from a narrow place in the Gobarchaka area of ​​the city.