Habiganj: Hindu brothers thrashed and beaten for not giving fish without money 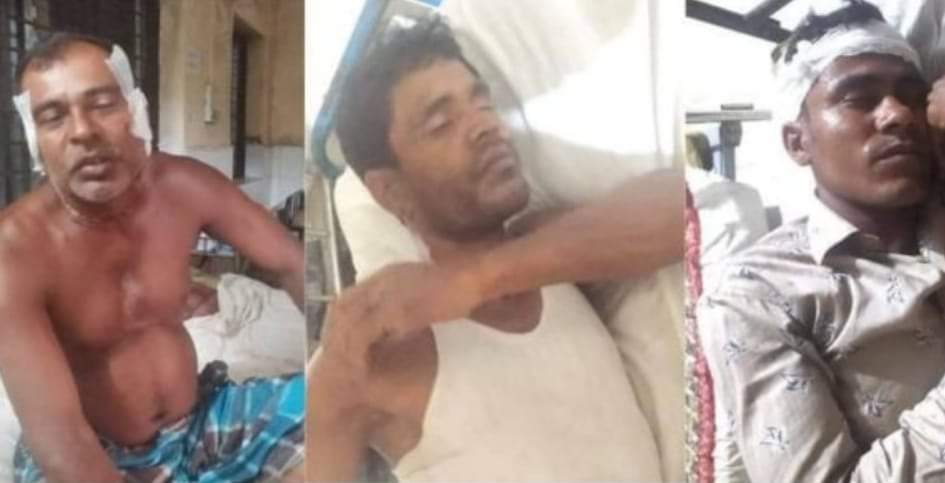 Habiganj: Hindu brothers thrashed and beaten for not giving fish without money

There had been an attack on the Hindu community again in Habiganj, Bangladesh. According to the report, three brothers were beaten and injured for not giving fish without money in Madhavpur of Habiganj district. All three victims belong to the local Hindu community.

This incident took place in the Shimulghar road market of Chhatiain Union of the Upazila, last Thursday (August 4) afternoon. Amulya Bhowmik (55), his brother Parimal Bhowmik (40) and Neel Mohan Bhowmik (35) had been admitted to Madhavpur Upazila Health Complex with serious injuries. All of them are residents of Shimulghar village.

Victim Amulya Bhowmik said that his brother Neel Mohan Bhowmik took the fish to the market to sell. At one point Sheikh Khairul of Shimulghar village wanted to buy fish without giving money. As Neel did not agree to the proposal, Sheikh Khairul and his men had severely beaten him up. When Amulya and Parimal advanced, they were also attacked.

However, despite trying to contact Sheikh Khairul on his mobile phone, his mobile phone was found to be switched off. Chairman of Chhatiyain Union Minhaj Uddin Chowdhury Kased said, “I have heard the incident. Those who were attacked are innocent people of the Hindu community. I strongly condemn this incident.” Madhavpur police station OC Abdur Razzak said, “No complaint has been received in this incident. If complaints are received, action will be taken after investigation.”

Earlier on July 24, there was an attempt to occupy the land of a Hindu family and an armed attack on them in Habiganj, Sylhet. Several Hindus were seriously injured in the attack by the local Islamists. In addition to this, a Hindu school teacher had been dismissed by the school administration for a trivial reason on July 31. This information was reported from the office of the Deputy Commissioner of Habiganj at around 9 pm on Sunday (July 31).