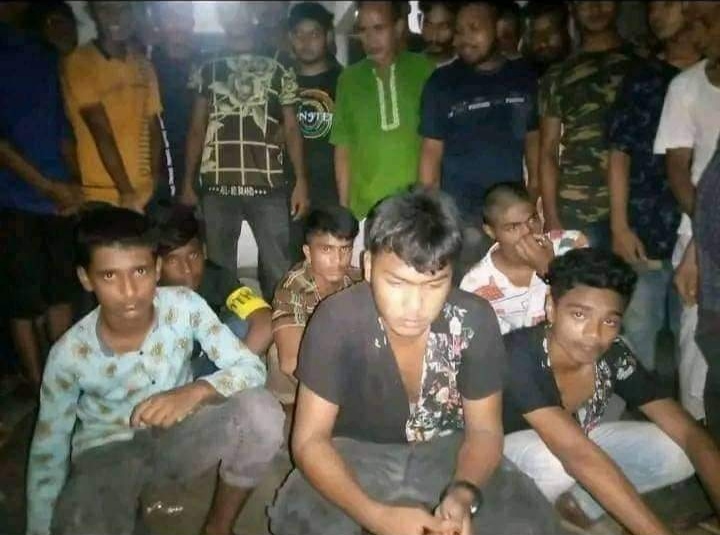 6 juvenile delinquents had been arrested for vandalizing the idol of the Shiva temple in the Rangpur district of Bangladesh. The arrest took place in the Shiv Mandir area of ​​Ward No. 6 of Burir Hat Chabbish Hazari area of ​​Rangpur Sadar Upazila.

The arrested 6 juvenile delinquents have already been handed over to the police. It was known that last night (September 2) the attacker 7 juvenile criminals came to attend a concert nearby. Meanwhile, they saw the local Chabbis Hazari Shiva temple and planned to vandalize the Lord Shiv idol of the temple.

According to the plan, 7 miscreants came to the premises of the Shiv temple. They then tried to vandalize the temple idol by taking and throwing bricks and stones from the temple premises. In no time it came to the notice of the local Hindus and 6 juvenile attackers were caught red-handed. Later they were handed over to the local police.

Earlier, a Hindu youth had been arrested again by police in Bangladesh for allegedly insulting Islam. A team of police arrested Jhumon Das from his house in Noagaon around 11:30 am on Tuesday (August 30) and took him to the Sullah police station of Sunamganj district.

Incidentally, on March 16 of 2021, the police arrested Jhumon Das on the same night for posting on Facebook about Mamunul Haque, an Islamic leader of Hefazate Islam Bangladesh. The next day Muslim residents of various neighbouring villages attacked Noagaon with sticks and vandalized and looted at least 90 Hindu houses and 4 temples.