Rajshahi: Hindu father thrashed and stabbed for protesting against teasing of his daughter 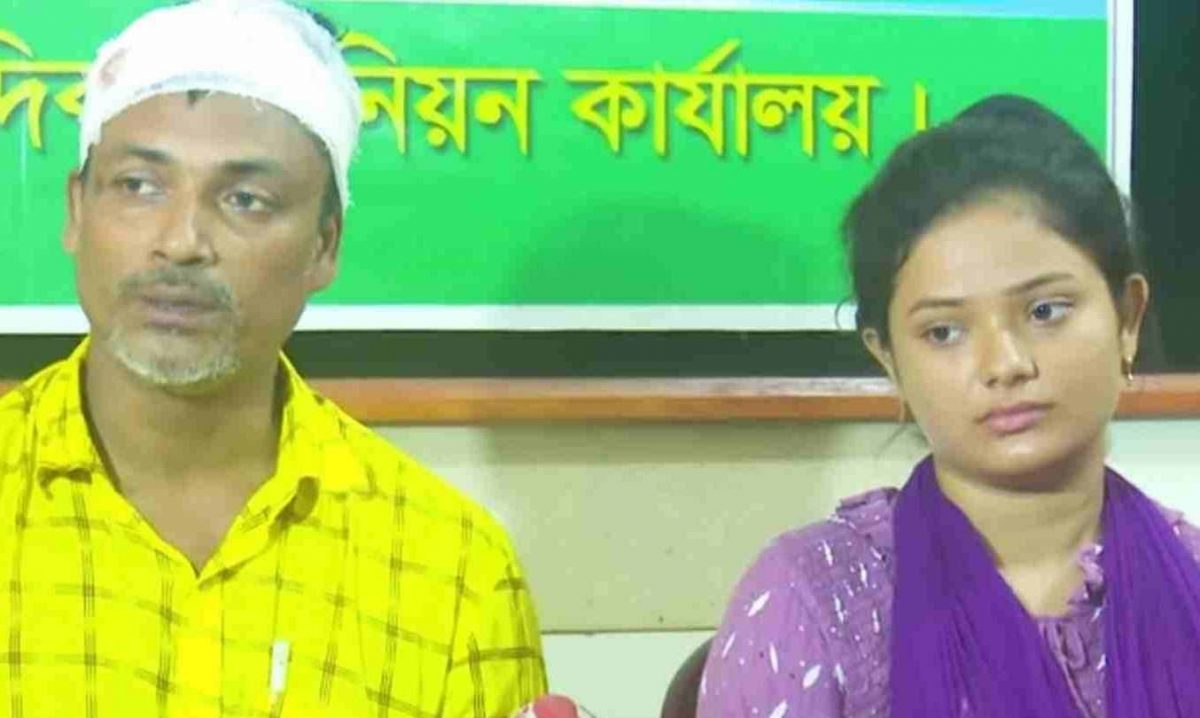 Rajshahi: Hindu father thrashed and stabbed for protesting against teasing of his daughter

In the Meher Chandi area of ​​Ward No. 26 of the Rajshahi metropolis, a few local miscreants have been harassing a minority Hindu college student for several days. Accused miscreants thrashed her father for protesting against teasing his daughter.

The incident took place on Friday (August 12) around 8 pm when the college student and her parents were returning home from the university station. Later the girl’s father was admitted to Rajshahi Medical College Hospital. He was under treatment in the 8th ward of the hospital. He was beaten with a hammer and stabbed several times. He received 16 stitches on his head and body. The attackers are Prince, son of Samad Master of the same area, Miraz, son of Yusuf Khan, Robin, son of Akhtar, Farhad, son of late Intaj Ali, Raihan, son of Mustafa, Shakeel, son of Alamgir.

The injured Hindu father said that he was beaten and injured in front of his wife and daughter because he protested against teasing of his daughter. At that time, the attackers snatched the money and a gold chain from him. Later locals rescued them. The victim Hindu girl is an HSC candidate from Rajshahi Women College.

In a press conference given to DBC News, the Hindu victim college student said, “some miscreants from the same area have been teasing me on the street for a few days. On the way home on Friday night, the miscreants used obscenities toward me in front of my parents. When my father protested, the miscreants attacked and thrashed my father. After that, they ran away with a gold chain and 20,000 takas from my father. Even though this matter was reported to the police station, the police did not take the case till now.“

Meanwhile, the family of the victim Hindu college student is living in insecurity as the police did not take the case. Earlier on July 29, a Hindu woman who was a mother of two children was brutally raped and killed in front of her daughter, by unknown miscreants in the Dinajpur district of Bangladesh.