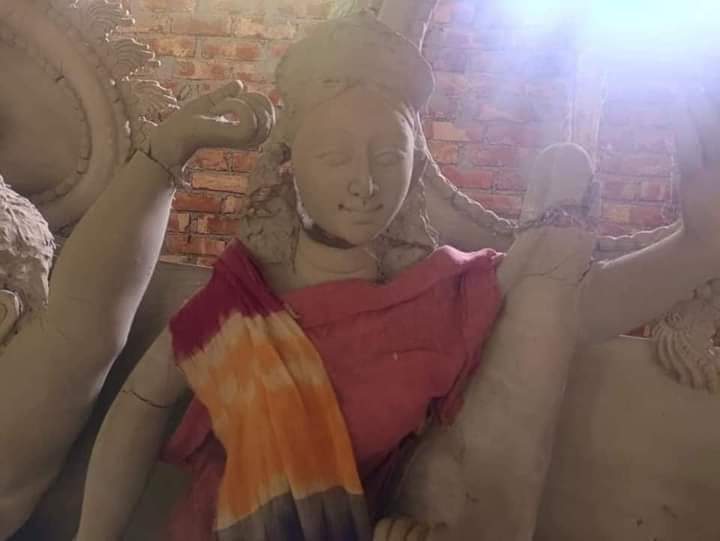 In Khulna, Bangladesh, a Hindu temple and Durga idols were attacked and vandalised again. The attack and vandalism took place in the Nalta Saha neighbourhood of Tala Upazila in the Satkhira district of Khulna. This attack was carried out by unidentified miscreants late on Thursday night.

It is known that unknown miscreants attacked the Radha Gobinda temple in the Saha neighbourhood on the night of September 23. Meanwhile, they vandalised the under-construction Durga idol inside the temple. No one was in the temple at the time of the attack. As a result, the assailants were able to escape safely after this attack and vandalism.

Previously, on September 17, Ma Durga idols were vandalised in a temple in the Barisal district of Bangladesh. The attack was carried out by unidentified miscreants late at night. Local Hindus entered the temple on Sunday morning and found the idols broken.