Bogra: Hindu temples vandalised in the dark of night 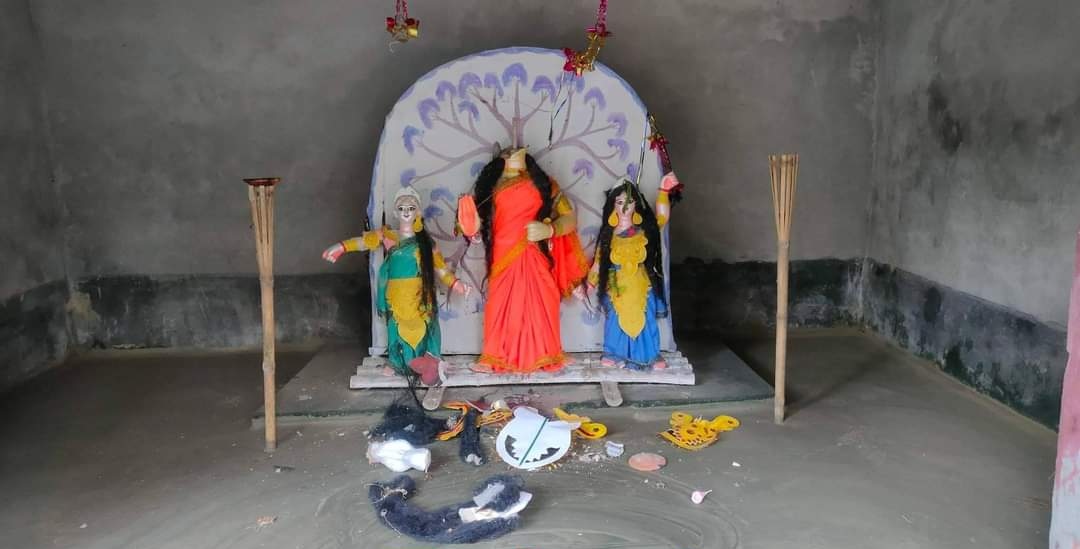 Bogra: Hindu temples vandalised in the dark of night

According to the local Hindus, these idols were vandalized on August 21. The miscreants entered two local temples in the dark of night. Meanwhile, the attackers vandalized the Devi idols established for daily worship in the two temples. They also stole the donation box from the temple.

This morning local Hindus saw the condition of the two temples and informed the police. The local police visited the spot. Already a suspected attacker has been arrested by Shibganj police station. Police are trying to arrest other miscreants involved in this incident of temple and idol vandalism.

Earlier on August 9, an incident of temple vandalism and arson took place in the darkness of night in Phulbari Upazila of Kurigram. According to the report, this incident took place at the temple near Ratikant Ray’s house in Naodanga village in Naodanga union of the Upazila between 1:00 am and 2:00 am.