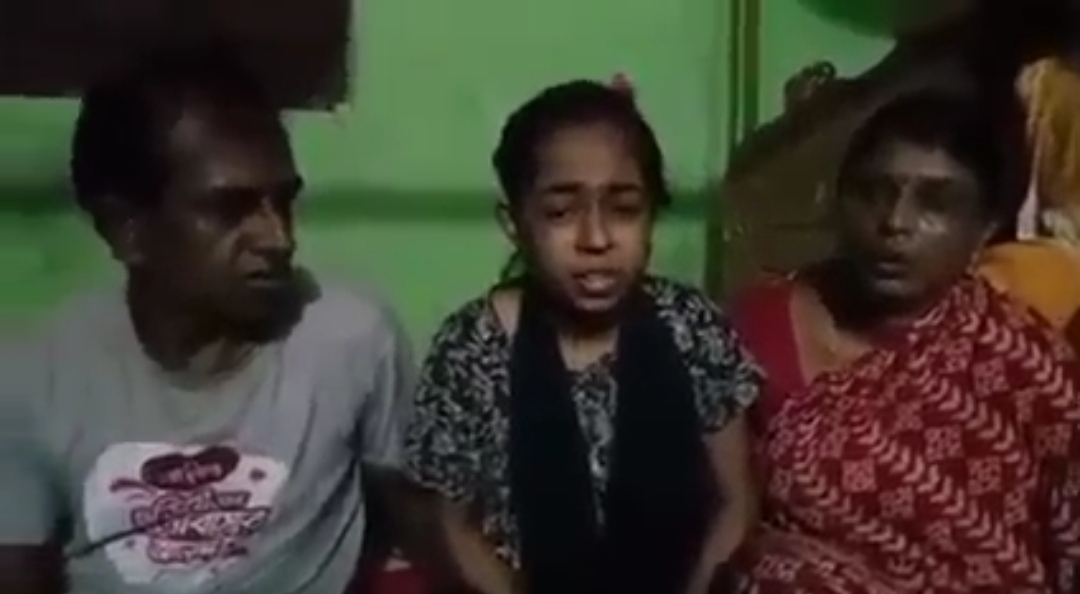 An allegation of trying to make a Hindu minor mentally unbalanced has been received in Bangladesh. The victim Hindu girl is a Class IX student of Premadamoyee Girls’ High School, a traditional and the only all-girls educational institution in Madhabpur of Sylhet division.

The name of the victim Hindu minor is Moumita Chakraborty. She is the daughter of Tapan Chakraborty of Katiara. According to Moumita, several days ago her classmate Kaniz Faria Muna’s mother called her through Muna. At tiffin time, Moumita was called to Muna’s Ukilpara residence. After that, Muna’s mother gave some Malta to Moumita.

Moumita saw Muna hiding the food pretending to eat it. Moumita got suspicious and refused to eat it. Then Muna’s accused mother forced Moumita to eat those Malta by holding them in her mouth.

Moumita also said that there was another woman in Muna’s house at that time. The woman had many Tabiz in her hand. At that time the woman performed a kind of black magic ritual on Moumita. So it is assumed that the woman came from a Dargah.

Moumita also said that she was not a good friend of Muna. But for quite some time, for some unknown reason, Muna was trying to make friends with her. After that, under the impact of those drugged Maltas, the victim Hindu minor Moumita Chakraborty became mentally unbalanced. After taking medicine regularly for the past 15 days, Moumita has recovered somewhat. After that, the victim Hindu minor told the details of the whole incident. Muna’s accused mother is the Jamadar of Ward No. 4 of Madhavpur Municipality.