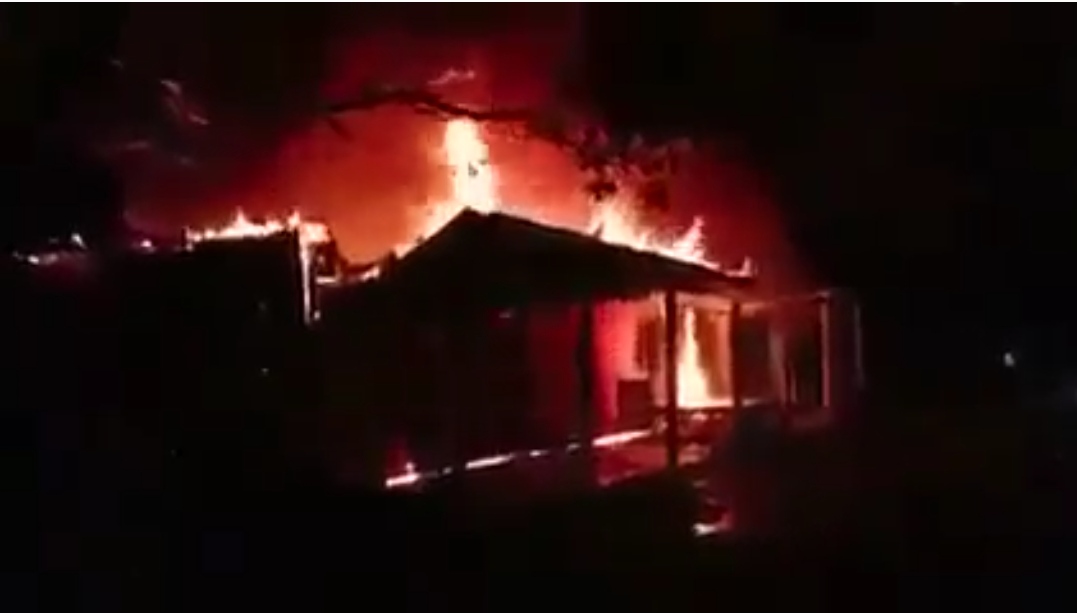 According to the local Hindus, the attack took place in the village of Chondiber at around midnight on August 22. Attacking in the dark of night, miscreants set fire to several Hindu houses and shops. The fire spread within a short time. It should be mentioned that this Kishoreganj district is the district of the President of Bangladesh, Abdul Hamid.

The local Hindus also said that the attackers had vandalized and looted several Hindu houses before setting them on fire. During this time, miscreants looted money and gold from several Hindu houses. After trying all night, the locals and the Firefighters managed to put out the fire. But by then 8 Hindu houses and shops were completely burnt to ashes.

The suffering Hindus are currently living under the open sky. Meanwhile, this attack on the Hindu community in the President’s area indicates the real situation of the Hindus in Bangladesh, said the common Hindus of the country.

Earlier in Shyamnagar of Satkhira district in Bangladesh, the local cadres of the ruling party Awami League had carried out a hellish rampage in the Hindu Munda village. Bilasi Munda, Rina Munda, Sulata Munda and Narendra Munda of the Hindu Munda community were injured in this attack. The attack took place at Dhumghat Hindu Munda village of the Upazila at around 9:30 am on Friday, August 19.