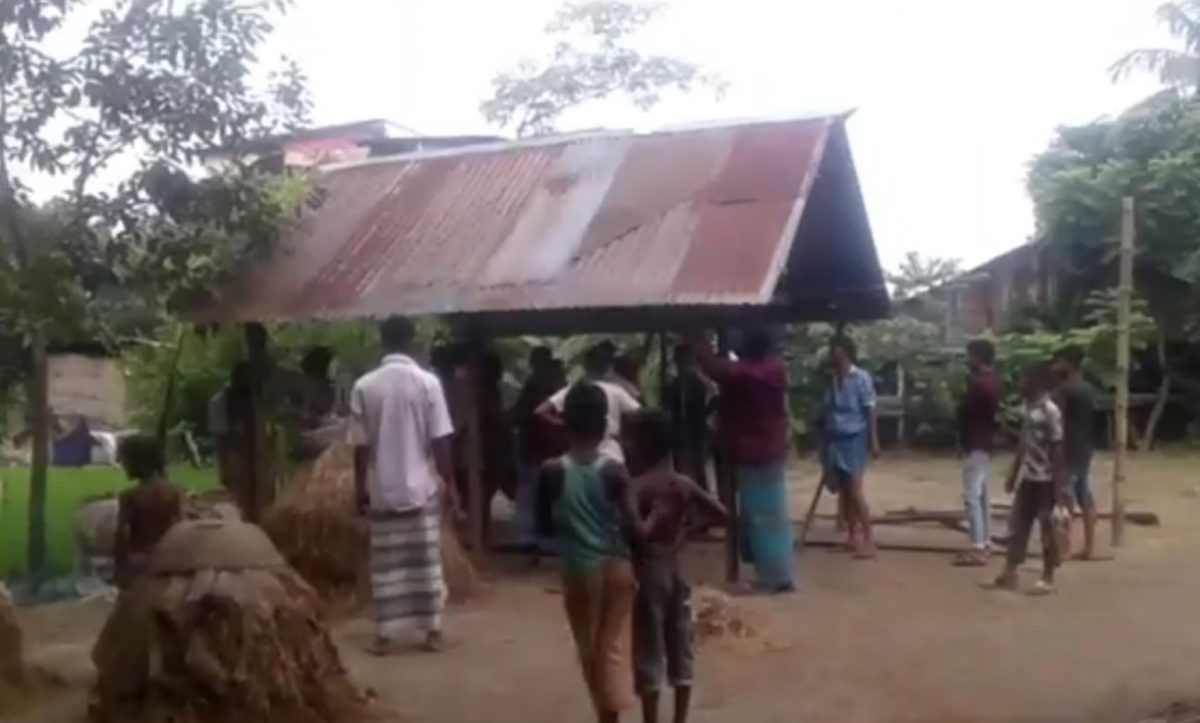 The local chairman and land robbers attacked to seize the land of the Hindu community at Sarail of Brahmanbaria district in Bangladesh.

Victim Hindu Ullas Kar Das said that a case is already going on in the court regarding this land. Chairman Syed Hussain carried out the attack to seize the land of the victimized Hindu family despite the court’s ban.

The victim Hindu Ullas Kar Das is a resident of Dharmatirtha village of Kalikaccha union in Sarail, Brahmanbaria. A dispute over a land of theirs has been going on for a long time. There is already a court case in this regard. Meanwhile, two weeks ago, the local chairman Syed Hussain tried to occupy the land with his men. At that time, they forcibly tried to build a house on that land. In the face of fierce resistance from the local Hindu community, their land occupation was prevented that day.

Chairman Syed Hussain and his loyal land robbers attacked the Hindus again this morning. When the Hindu women tried to stop them, they were severely beaten and molested. Several Hindu women were injured in this attack today. They are currently undergoing treatment.

The victimized Hindu family is currently feeling insecure as a result of this torture by the local chairman and land robbers. The local police have not yet taken any action against anyone in this incident.

Earlier in Shyamnagar of Satkhira district in Bangladesh, the local cadres of the ruling party Awami League had carried out a hellish rampage in the Hindu Munda village. Bilasi Munda, Rina Munda, Sulata Munda and Narendra Munda of the Hindu Munda community were injured in this attack. The attack took place at Dhumghat Hindu Munda village of the Upazila at around 9:30 am on Friday, August 19.