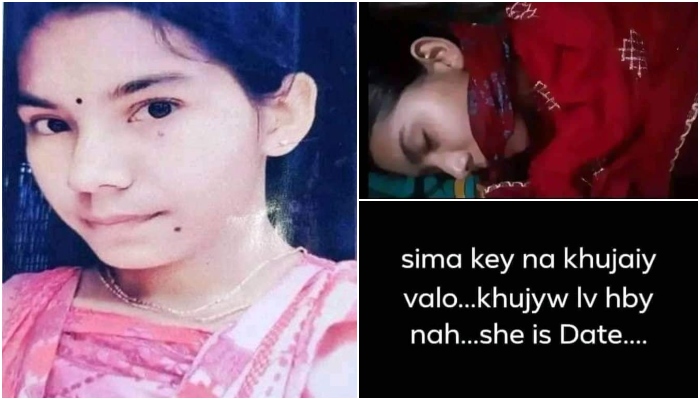 A Hindu schoolgirl was abducted and killed in Nalitabari Upazila of Sherpur, Bangladesh. After she was killed, a photo of the girl’s face was posted on her Facebook account by the abductor Mehedi. Mentioning the name of the girl there, it was said, “There is no use in searching, she has been killed.”

The abducted Hindu schoolgirl Anuradha Sen was an SSC 2022 candidate from Bonkura High School. Last Sunday on July 25, around 10 am a person called the Hindu girl’s mother’s cell phone and asked her to send the girl to school. It was said that some students will be given money from the fund of the member of parliament. After some time the call came again and it was said that the girl should hurry to school and take the money. She was then abducted on her way to school. In this incident, the schoolgirl’s father filed a GD at Nalitabari police station.

The victim Hindu girl’s brother is a garment worker from Gazipur. He said, “A few days ago, a man named Mehedi, who lives in Gazipur, called me on the phone and said, “I met your sister on Facebook. I heard that your sister is in a relationship with someone else. But it is not going well, I don’t like this.”

The girl’s brother also said, ‘My sister was called to school that day by calling my mother from the same number. On her way to school, my sister was kidnapped. After that, the abductor Mehedi uploaded a picture of the face of the kidnapped Anuradha Sen from her Facebook account and wrote, “There’s no use of searching her. She is dead.” The local police are searching for the abductor Mehedi. Police have not arrested anyone in this incident so far.