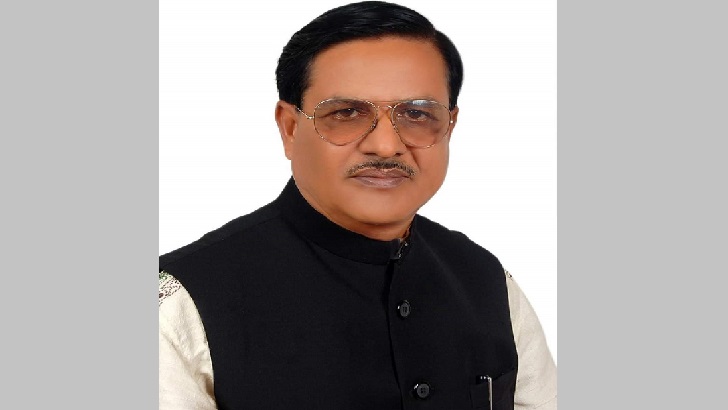 Former Chairman of Bhaluka Upazila Parishad Golam Mostafa and his family are at the top of the land grabbing of minority Hindus in Bhaluka of Mymensingh district in Bangladesh.

Victimized local minority Hindus have alleged that the Mustafa family has become addicted to taking the land of the minority Hindus in various ways. Also, there are many allegations against former Upazila chairman Golam Mostafa of embezzling lakhs of takas from various poor Hindu families. Golam Mostafa is the son-in-law of the daughter of Sirajuddin Khan alias Suruj Khan, a registered Razakar of Bhaluka Upazila.

Allegedly, Golam Mostafa did not stop after grabbing Ward Awami League’s General Secretary Kalicharan’s ancestral land under the leadership of his nephews Monir and Akram. He also seized the land of his party members, including many minorities in Chamiyadi, Kanthali Barchala, and Hajir Bazar. There are hundreds of allegations that they are basically Golam Mostafa’s own forces and are roaming around doing antisocial activities.

The tribal families of Bhaluka held several rounds of protests against his land grabbing and cheating the indigenous community with false cases. Last Monday, 500 indigenous families formed a human chain, demanding the prime minister’s intervention and punishment for his misdeeds.

Makhan, Rajindra, Amulya Chandra, and Jitendra, the local residents of Narangi who share the land according to paternal sources, said that “we have 2.59 acres of land. Golam Mustafa paid 3 lakh taka for earnest money and did not pay the remaining 64 (sixty-four lakh) taka. Instead of paying the money for the land, he threatened us with death and forcibly registered the land in the name of his wife, Nazma Khanam. Due to non-payment of the remaining amount of the land, the land registry has not yet been completed.”

Meanwhile, the victimized Hindu family is suffering from insecurity since the complaint was raised. They are also doubtful about getting the land back. Locals feel that the inaction of the local police is responsible for this situation.

Previously, the local administration had demolished the houses of four Hindu families living in the Kesharganj Bazar area of Fulbaria Upazila of Mymensingh, Bangladesh, in the name of an illegal construction eviction campaign. A total of 12 members of four Hindu families are now homeless. In this government operation, 4–5 houses, including the Hindu family’s living room, shop, and place of worship, have been demolished. The victimized Hindu men, women, children, and elderly had lost everything and are living extremely inhumane life.