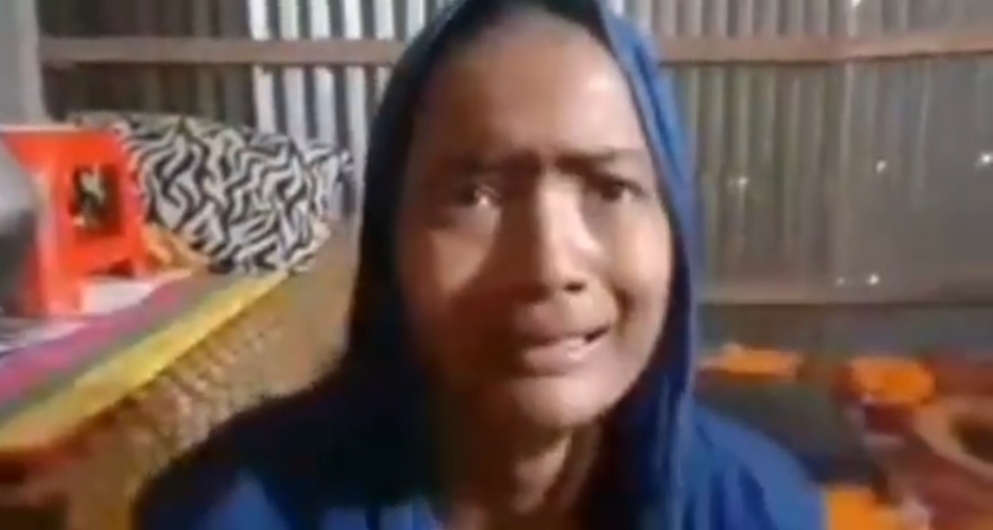 A Muslim girl voluntarily married a Hindu boy in Maheshpur Upazila of Jhenaidah district of Bangladesh. Because of this, the surrounding Islamists gathered at his house to kill him. They even used foul language against Hindus to convince the Muslim girl. Later the police arrested the Hindu boy.

But the aggrieved Muslim girl ignored him and replied that she wanted to stay with the Hindu boy. Ever since this video went viral, there has been anger among the people of the Hindu community. This incident reveals the majority population’s attitude toward Bangladesh’s minority Hindu community, said the common Hindus.