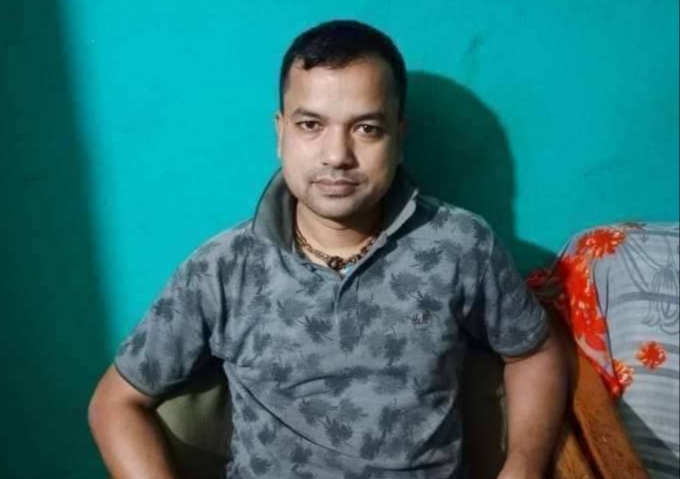 A Hindu businessman was killed by slitting his throat in Chittagong, Bangladesh. This incident spread fear among the local Hindu community. It was known that the deceased Hindu man was a gold trader by profession.

The name of the deceased Hindu businessman is Bimal Krishna Dhar. He has a jewellery shop in Hazari Gali, Chittagong. It is known that unknown miscreants attacked him on his way home from the shop at night. Meanwhile, the attackers cut Bimal Dhar’s throat and confirmed his death. Then they left his body in the nearby bush.

At one point, the local people saw the body and it became known. The police had already sent the body to the morgue for a post-mortem. The deceased Hindu businessman, Bimal Krishna Dhar, was a resident of Gairla Banikpara village in Patia Upazila of Chittagong. Meanwhile, the incidents of target killings and attacks on people of different classes of the Hindu community have naturally spread fear among the people of the Hindu community.

Previously, A Muslim girl voluntarily married a Hindu boy in Maheshpur Upazila of Jhenaidah district of Bangladesh. Because of this, the surrounding Islamists gathered at his house to kill him. They even use foul language against Hindus to convince the Muslim girl. Later the police arrested the Hindu boy.