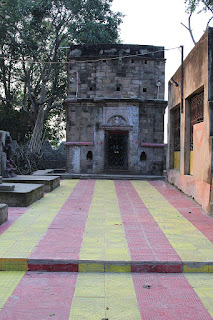 Only a fraction remains of what used to be quite a huge temple complex. The original Buddheswara Shiva mandir of Budhpur had an attached mandapa with four smaller shrines at the corners of the enclosure. The main temple has virtually fallen down and only one of the corner shrines is partly there, that is now the current temple. 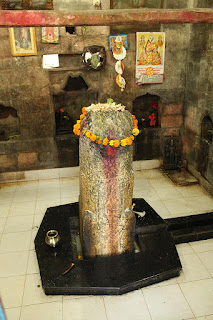 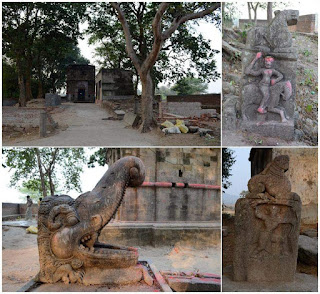 The place is now full of tumbled down blocks of stone. In J.D.Beglar’s time (late 19th century), the tower of the main temple (possibly fallen down by then) was replaced by a brick-and-plaster work. In 1926, it was replaced by a rough stone tower having a curved entrance. From the fragments of the amalakas, chaityas, etc. in the rubble, it appears that all these temples were in the nagara style. The original Shivalingam appears to have disappeared. Some cult images have been found. Apart from the main temple and corner shrines in the enclosure, Beglar had seen five small shrines to the north-east of the main temple. 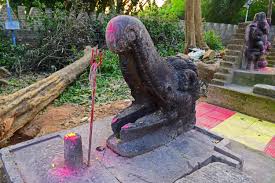 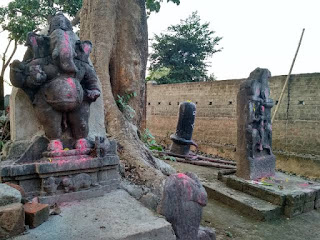 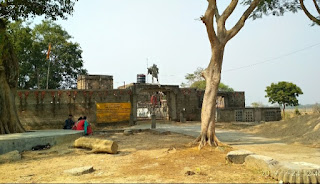 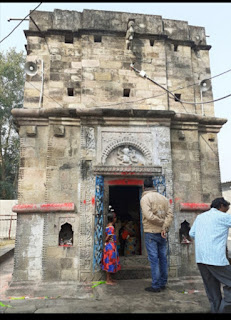 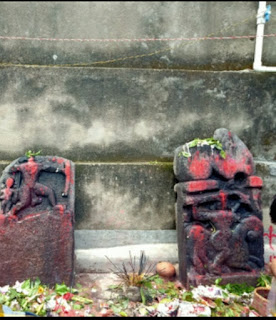 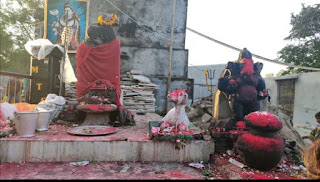