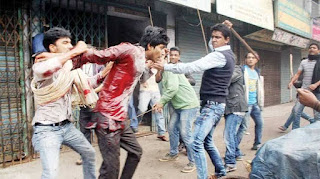 Biswajit Das was a 24-year-old Hindu tailor in Dhaka, Bangladesh, who was murdered on the 9th of December 2012 by members of the Bangladesh Chhatra League (BCL), the student wing of the governing Awami League.
Bangladesh was observing a nationwide road blockade that day, called by the opposition 18 Party Alliance.
Possibly unaware of this, Biswajit was on his way to his shop, Amantron Tailors at Shankhari Bazaar in Old Dhaka, when one or more small bombs exploded near an anti-blockade procession of BCL activists from Jagannath University.
A group of took Das for an opposition supporter and chased him from near Bahadur Shah Park into a nearby building and attacked him with machetes, iron bars, and hockey sticks. Das attempted to escape, but fell down at Shankhari Bazar Road. A rickshaw-puller took Das to Mitford Hospital, where he shortly died of his wounds. 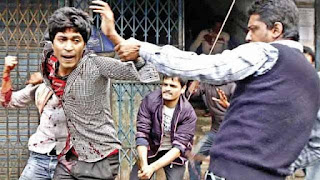 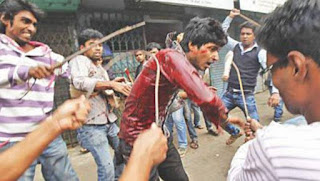 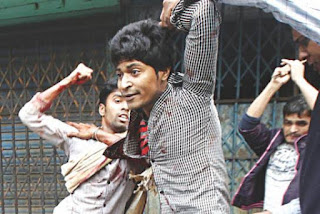 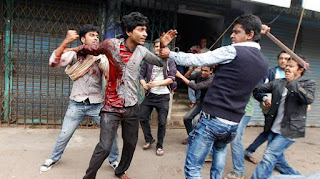