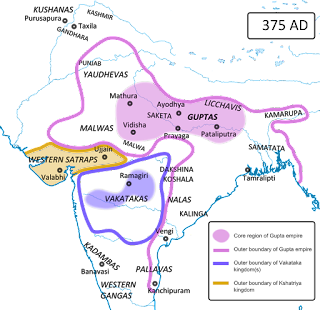 Tamluk (/ˈtæmlʊk/) is a town and a municipality, it is the headquarters of the Purba Medinipur district. Scholars have generally agreed that present-day Tamluk is the site of the ancient city variously known as Tamralipta or Tamralipti. The present town is located on the banks of the Rupnarayan River close to the Bay of Bengal.

It is believed that Tamralipti was the exit point of the Mauryan trade route for the south and south-east. Excavations at Moghalmari confirmed the presence of Buddhist vihars in the area which was mentioned by Chinese travelers Fa Hien and Xuanzang. It was located near Rupnarayana river. This place has been mentioned in Mahabharata as a place which Bhima acquired. It was linked by roads with the major towns of that time, i.e. Rajagriha, Shravasti, Pataliputra, Varanasi, Champa, Kaushambi and Taxila. 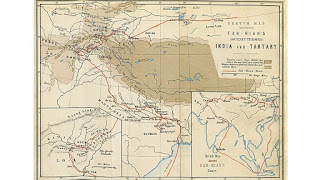 This ancient kingdom and port city was bounded by the Bay of Bengal in the south, Rupnarayan River in the east and Subarnarekha River in the west. The Rupnarayana is the joint flow of the rivers Dwarakeswar and Silai. The Bay of Bengal and these great rivers with their numerous branches created a prosperous and easy water navigational system fostering commerce, culture and early contacts with the people outside the region. At the same time, these rivers helped to develop the agriculture in this region.

Archaeological remains show continuous settlement from about the 3rd century BC. It was known as Tramralipta (in the Puranas and the Mahabharata), Tamralipta (in the Mahabharata), Tamalika (in historical documents), Tamalitti (in foreigners’ descriptions), or Tamoluk (in the British Raj). It was a seaport, now buried under river silt. For this reason, Tamluk has many ponds and lakes remaining today.

In the Mahabharata (Bhishma Parba/Nabam Adhyay), while describing the names of the holiest rivers and kingdoms of India, Sanjay took the name of “Tramralipta” to Dhritarashtra.

Tamluk was also known as Bhivas, in religious texts, and Madhya Desh, as the Middle State of Utkal/Kalinga and Banga.

According to Jain sources, Tamralipti was the capital of the tamralipti janapada and was long known as a port. 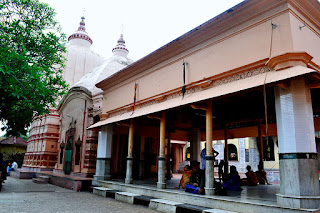 Over 1100 years old Bargabhima temple in Tamralipta.
Devi Barghabhima: Nearly 1150-year-old Temple of Sati/Devi named as Devi Bargabhima. This temple is a part of 51 Shakti Peethas. Puranas say that the small finger of left feet of Sati/Parvati fell here when Lord Vishnu cut the sacred Body of Goddess Sati into several pieces to pacify Lord Shiva. 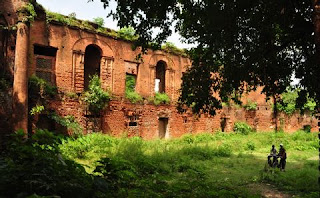 The Tamralipta Rajbari or Tamluk Rajbari.

Tamluk Rajbari: Located on the outskirts of town, the royal abode of the Mayura-dhwaja (Peacock) Dynasty, which is supposedly over 2500 years old and finds mention in the Mahabharata. 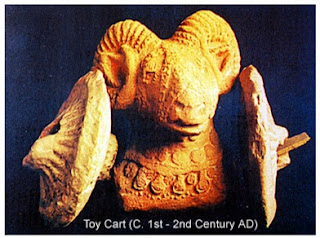