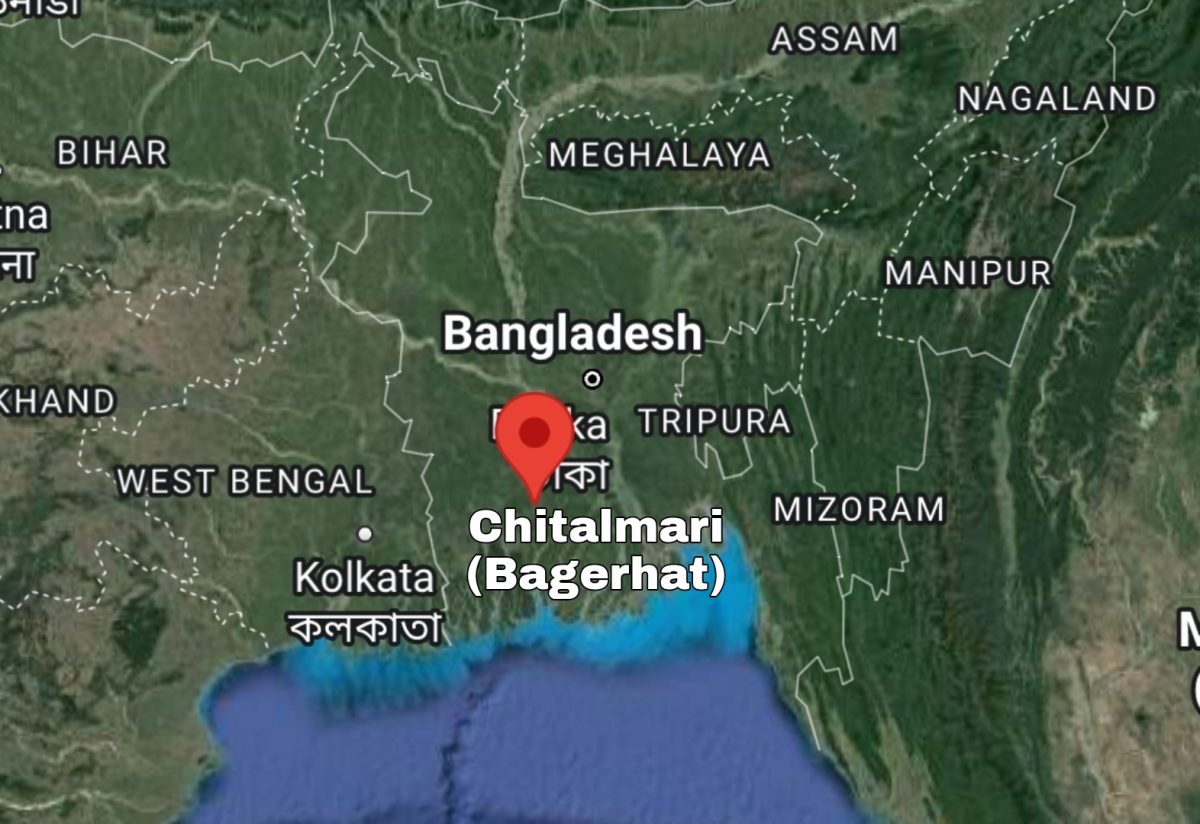 In Chitalmari, Bagerhat district of Bangladesh, the local frantic Islamist mob stormed the police station, accusing a Hindu college student of “insulting Islam” on Facebook. Hundreds of local Islamists started protesting in front of the main gate of the police station around 12 pm on Monday. Police claimed that at one stage they started throwing brickbats at the police station building.

According to the police, 12 policemen including the officer-in-charge of Chitalmari police station were injured in the attack. In addition, eight of the attackers were reported injured. Several of the injured were shot.

The local Islamists accused that, a few days ago, a local Hindu girl posted a post insulting Islam from her Facebook ID. Last Sunday night, the police brought the girl to the police station for questioning. The Hindu student then said that she had not recently agreed to a love proposal from a local Muslim boy. The Muslim boy got angry and hacked her Facebook ID. The Hindu victim girl, sought the help of local police in this matter. But the local Islamist population was reluctant to accept it.

Later, around 12 pm on Monday, local Islamist people, including Muslim students from madrassas and educational institutions in different areas, gathered in front of the police station gate with a procession demanding to hang the Hindu student. During this time they protested with various provocative slogans. After a while, Bagerhat Additional Superintendent of Police (Sadar Circle) Mahamudul Hasan and Chitalmari Police Station OC Kamruzzaman Khan tried to calm down the agitated crowd. In the meantime, another protest procession came. At one point, around 1 pm, the protesters started throwing brickbats at the police station building. Police used 24 rounds of shotgun to control the situation.

Twelve police officers, including the police chief, and eight protesters were injured in the clashes. At that time, two police vehicles and four motorcycles at the police station were vandalized.

The injured were later taken to Chitalmari Upazila Health Complex. Bagerhat Additional Superintendent of Police. Russellur Rahman said the situation in the area is calm at present. Police have arrested 12 people for questioning in the incident. Further legal action is being taken in this regard.