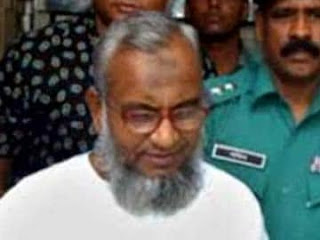 Abdul Quader Mollah was a Bangladeshi Islamist leader, writer, and politician of the Bangladesh Jamaat-e-Islami, who was convicted of war crimes and sentenced to death by the International Crimes Tribunal, Bangladesh (ICT) set up by the government of Bangladesh and hanged.