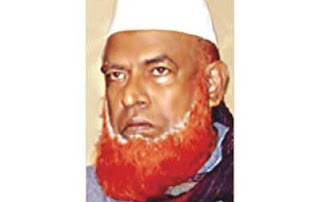 He was the first of nine prominent Jamaat-e-Islami members accused of war crimes by the International Crimes Tribunal-2 of Bangladesh to be convicted for crimes against humanity, including murder and rape. On 21 January 2013 Azad was sentenced to death by hanging for his crimes.

The prosecution alleged that Azad had assisted the Pakistani military as the chief of the Al-Badr force in Faridpur; the members of the force were young men mostly drawn from colleges. He could speak Urdu well because he had studied in a madrasa. As a close associate of the Pakistani army, he participated in committing atrocities on civilians, including the Hindu community and pro-liberation Bengali people.

Azad was indicted on eight counts for murder, rape and genocide. Investigators alleged that they had identified 14 people murdered by Bachchu: three were women he had raped and nine were other abducted civilians. Testimony was offered by 22 prosecution witnesses, including friends and families of the victims. The prosecution said that Bachchu had burnt down at least five houses, looted 15, and forced at least nine Hindus to convert to Islam.