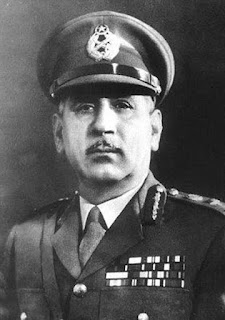 Acting on the instructions of President Yahya Khan’s administration, Lieutenant General Tikka Khan began preparations of “direct-wise military operation” against the Awami League on the evening of 25 March 1971. He ordered the arrest of Sheikh Mujibur Rahman, outlawed the Awami League and ordered a midnight attack on the University of Dhaka. Tikka Khan was the architect and top planner of Operation Searchlight. Thousands were killed in this operation, including academics and other members of civil society, and the country was plunged into a bloody civil war. Tikka Khan followed the classical “Seek and destroy and Infiltration” method and captured all radio stations in East Pakistan at the price of systematic killings of Bengali people. In Pakistan, he was called a “soldier known for his eager use of force.” He became notorious as the “Butcher of Bengal.”

Operation Searchlight itself was designed as a genocidal military assault that would use terror as a weapon to crush the civilian movement. Soldiers were instructed by their officers to conduct calculated brutality against civilians so that they could never raise their voice against Pakistani occupation. While secretly preparing the army for the assault, General Yahya Khan, the then President of Pakistan, addressed his soldiers at a conference in February 1971 and said, “Kill three million of them (Bangladeshis) and the rest will eat out of our hands.” During the operation, General Tikka Khan, the then chief of Pakistan army’s eastern command, ordered his soldiers, “I want the land and not the people.”

As a result, several hundred thousand Bangalee civilians were killed within the first few days of Operation Searchlight. Even General AAK Niazi, the successor of Tikka, wrote in his memoirs titled The Betrayal of East Pakistan, “The military action was a display of stark cruelty, more merciless than the massacre at Bakhura and Baghdad by Changez Khan and Halaku Khan and at Jalianwala Bagh by British General Dyer.”