The Religious Freedom and Rights of Bangladeshi Hindus Under Threat 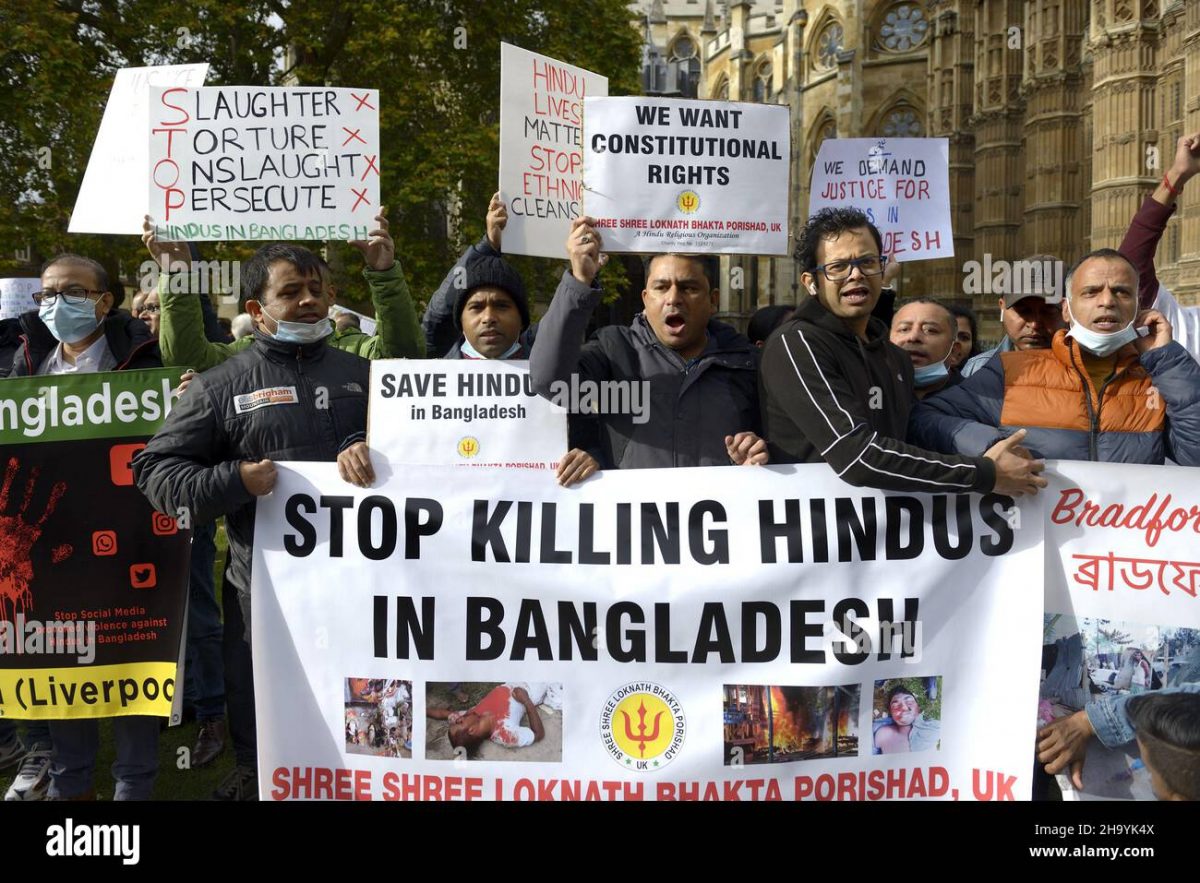 The Religious Freedom and Rights of Bangladeshi Hindus Under Threat

The Hindu students of Chittagong Grammar School (Upper section, Surson Road, Chittagong)^1 have asked this year that they get free during Durga Puja from 2nd October to 5th October. The school has roughly 100 Hindu students and majority of the teachers are Hindu as well, however the school board has decided not to give the students free, according to one of the students who reached out to our team. The petition was submitted on 29th August 2022, well before the Durga Puja.

Durga Puja, also known as Navaratri, is one of the most important religious festivals for Hindus. This festival spans for 10 days, and it begins with Mahalaya when Goddess Durga descends on earth after the Pitr Paksha when Hindus pray for their ancestors. Usually, Hindus try to get free in order to celebrate Goddess Durga on Saptami, Ashtami, Navami and Dasami, which is four days, and in this year, Saptami begins on the 1st of October. During this time, Hindus get together with their families, many travel to their villages to reunite with their relatives and prepare to worship.

According to the Hindu student of Chittagong Grammar School, their school guarantees holidays during all of Muslims’ religious festivals, however Hindu students were never granted the same religious rights. In the calendar sent to our team by the student, one can see that only 5th of October has been marked as a holiday, the day when the Durga Puja is ending.

The Board of Directors include Farhat Khan, Mahin Khan and Shereen Ispahani among others^2 . If Ispahani’s name sounds familiar, it is because she belongs to a famous family of industrialists, that has a history of financing the Caliphate Movement, also known as the Khilafat Movement^3, and the Muslim League government in British India^4.

Why is it important to pay attention to this case and consider it a violation of the religious freedom of Hindus? The Bangladesh Hindu Grand Alliance has been petitioning for years for a three-day government holiday and more tightened security arrangements around Hindu Temples in Bangladesh. The government of Bangladesh has not responded to any of the petitions^5, which unfortunately may signal to Bangladeshi society that the grievances of the Hindu minority do not matter to the Bangladeshi government and society, especially after a long history of genocidal attacks on Hindus during Durga Puja^6^7^8, the latest being the 2021 anti-Hindu pogrom during last year’s Durga Puja. Human Rights Watch has reported about it^9, Amnesty International gave a statement that protection to Hindus must be ensured^10, and The United States Commission on International Religious Freedom (USCIRF) has expressed its concern about the violent attacks on Durga Puja processions in Bangladesh^11. In 2022, The International Commission for Human Rights and Religious Freedom has given out a statement that there has been a 1) systematic state abetted ethnic cleansing of Hindus in Bangladesh, 2) Bangladeshi Hindus have been reduced to poverty by generations of discrimination, 3) draconian laws have been promulgated to confiscate property from Hindus and incarcerate Hindus, 4) there is a lack of legal and political representation for Hindus in Bangladesh, and 5) there has been a steep demographic decline of Hindus in Bangladesh^12.

Moreover, this year, a report came out that the Hindu percentage of Bangladesh has continued to shrink further^13. Not allowing Hindus to celebrate their religious holidays without the risk of penalty amounts to ethnocide^14, as Hindus are not being allowed to practice religion without the fear of repercussions, both physical and social.

Note: we are protecting the identity of the student, who contacted us, for their safety. According to them, their school has been discriminating Hindu students. All the information provided by them is authentic.