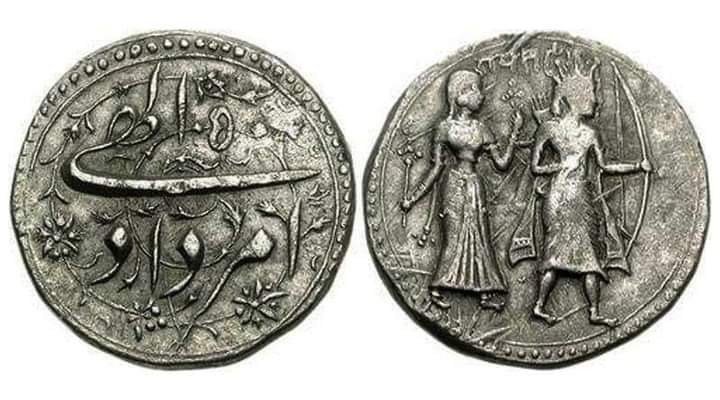 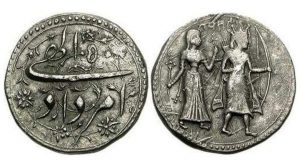 A currency coin minted during the reign of Mughal emperor Akbar, depicting Rama and Sita.

The inscription on the other side says “Amardad Ilahi 50”, meaning the 50th year of the reign of Akbar.

According to his historians, Akbar issued coins honouring the Ram and Sita as part of his new religious thought, in which he formed an amalgam of all religions.

The coins were issued in 1604-1605 CE and was probably influenced by presence of Raja Todarmal.