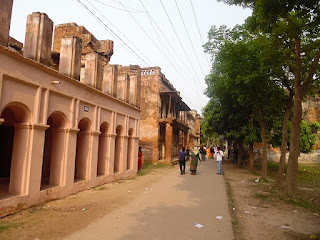 Ancient buildings of Panam Nagar
Panam Nagar is an ancient historical city situated at Sonargaon, Narayanganj in Bangladesh. It is a fully abandoned city now protected by the Archaeological Department of Bangladesh.
Among the three cities of Boro nagar(Big City), Khas Nagar and Panam Nagar, Panam Nagar was the most attractive one. There are many historical buildings which were built centuries ago and those are related with the history of the Baro-Bhuiyans. Panam Nagar is one of the most visited tourist spots in Bangladesh. 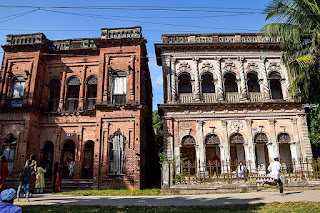 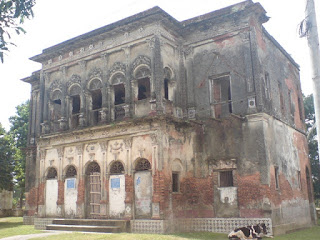 The area of Panam Nagar is situated in the Sonargaon city, a city that was long an administrative center of Eastern Bengal, at least a thousand years old. Its ancient name was Subarnagram and it was located along the old course of the Brahmaputra. In the 13th century, the Hindu king named Danujmadhob established his kingdom in the area with Subarnagram as his capital. By the 17th century, the Mughals had subdued the Baro-Bhuiyan or the local chieftains, notably Isa Khan and Bengal came under their rule. Till 1610, Subarnagram remained an important centre of trade and politics until Dhaka became the preferred capital under the Mughals. 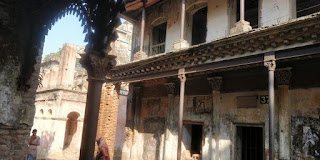 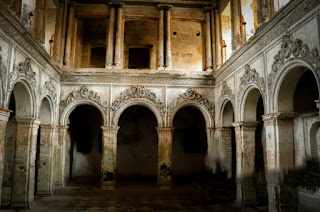 Panam Nagar, once an important trading centre for textiles like muslin, is a 600 metres long road that housed the wealthy merchant homes, totalling 52 in number. The townhouses are Indo-Saracenic in design with influences of European architecture. The whole area contains of a well laid out central road, large ponds circled by brick walls as well as the stunningly beautiful houses made of local bricks but with decorations of iron beams, marbles, arches, columns, balconies and friezes. The brick and mortar used were mostly local, but some of the wrought iron railings may have been imported from elsewhere, possibly from Kolkata or even further afield. Most of the houses are one to three-storey high and some are named such as Kashinath Bhavan built in the Bengali year 1305 (1899). 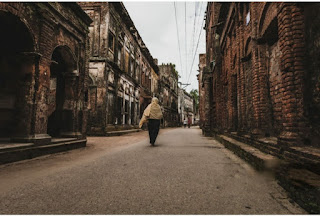 In the early 19th century, during colonial rule, Sonargaon developed into a trade center in cotton fabrics, mainly English piece goods. It is estimated that there were about 1400 families of Hindu and Muslim weavers in and around Panam. At that time, the British East India Company established its factory in Panam for the purchase of muslin and other cotton fabrics. 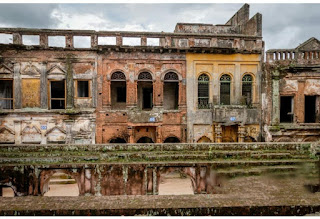 At that time, a group of wealthy Hindu merchants from Kolkata, which was then the capital of colonial India, returned to their ancestral land in Sonargaon and started to build a small township in Panam area over an older ruined settlement. Thus established the new township of Panam Nagar (Panam City). The existing buildings in Panam Nagar, which were the Hindu merchants’ residents, were established from the early nineteenth to the early twentieth century. Panam Nagar continued to flourish until the end of the Second World War.

Why, When and How was Panam Nagar Abandoned?

Panam Nagar was abandoned after a series of communal riots sparked before, during and aftet the partition of India in 1947. The city was fully deserted after the remaining Hindus migrated to India during the Indo-Pak War of 1965, thus leaving Panam Nagar as an empty township.

The city has been continuously exposed to threats of flooding, vandalism, unauthorized occupation, litigation by illegal occupants, illegal development, poor maintenance, and earthquakes.

In 2006, World Monument Fund declared Panam Nagar as one of the 100 ruinous historical establishments.