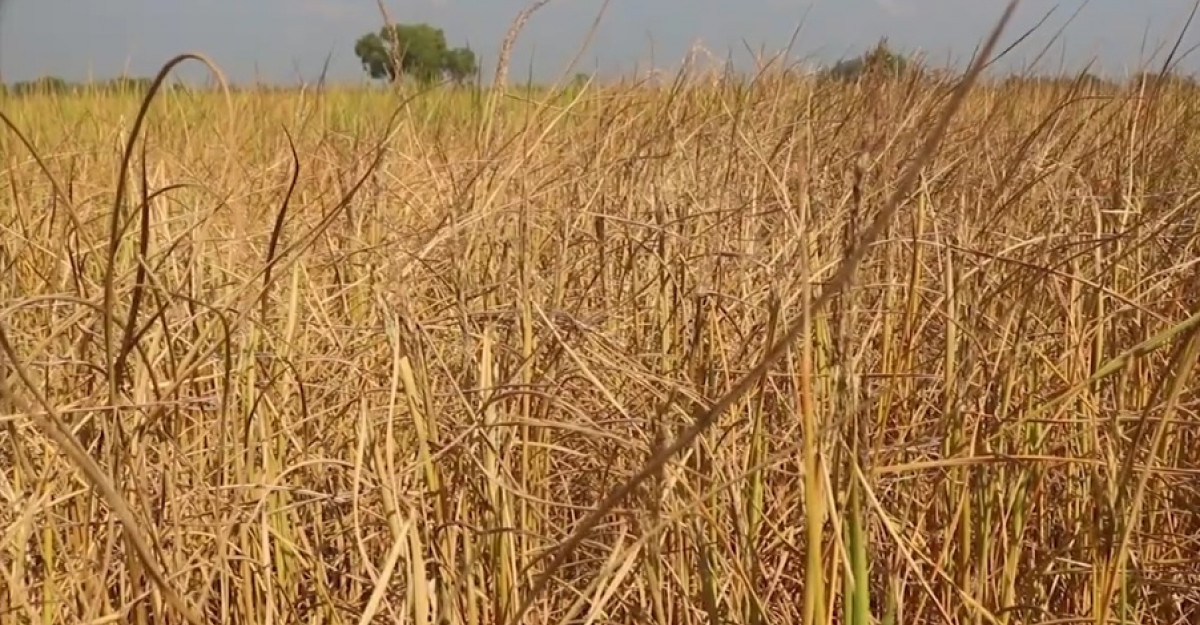 In Patnitola Upazila of Naogaon district of Bangladesh, the miscreants of the local Altaf gang have destroyed about 60 bighas of Aman paddy farmed by indigenous sharecroppers by spraying herbicides. Paddy worth about 30 lakh taka was destroyed in this incident. The affected indigenous farmers have become disoriented due to the loss of paddy land.

Victim Hindu Property owner Sebayet Gopal Roy said, “My 60 bighas of paddy have been poisoned. Altaf Gang has done this and it is real, not a guess. Now how can I get compensation? I have filed a case. Apart from seeking legal justice, I have no other way.”

Some of the indigenous sharecroppers said, “What will we do now? We have become completely destitute. We have done this farming by selling our cows and calves. What will our 150 families eat now? As we are indigenous people, no one listens to us. Altaf gang calls us small caste, they drive us away saying these things, they threaten us. They say how you take the paddy, we will see. If necessary, we will cut the paddy and carry it away or we will destroy it.”

Caretaker of the lands said, “Altaf, Badal, Sekander, Badal and 31 people together gave this poison. They had threatened earlier too.

Local Police Station OC Arpan Chandra Das said, “We went to investigate the case and found the condition of the rice very bad. We will investigate who did this and take legal action against them.”

Previously in Naogaon district, a Bangladeshi Judge Hasan Mahmudul Islam insulted Hindus by mentioning them as “Malaun” in a Facebook post. Judge Hasan Mahmudul Islam’s insult towards Hindus shows the grim reality of Hindus and other minorities in Bangladesh, where top officials are hard-core communal in their minds. Many people are alleging that communal and pro-Islamist miscreants have been placed at the highest echelons of independent Bangladesh today due to the neglect of background checks and investigations in the appointment of BCS and judges. People have expressed that if exemplary punishment against such evil forces is not taken, then Hindu life in Bangladesh would become more miserable.