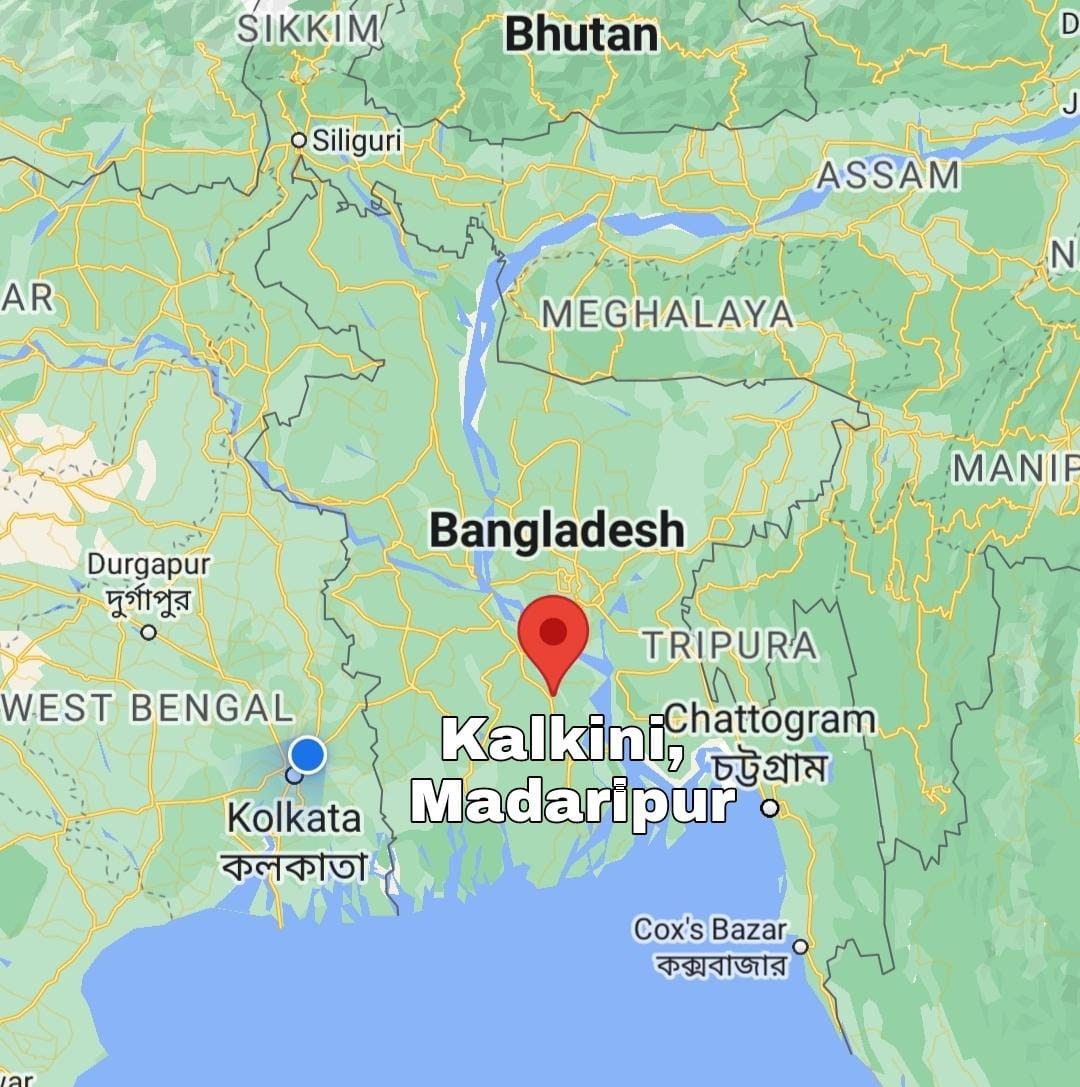 A minority Hindu family was attacked in front of the police by the councillor of Ward No. 3 of Kalkini Municipality, his wife and children at Kalkini in Madaripur of Bangladesh. The incident took place in the Nayakandi area of ​​Kalkini Upazila on Wednesday afternoon.

However, the accused councillor Anwar claimed that he had been attacked earlier by members of a minority Hindu family. And so his people resisted. The Hindu victim’s family lodged a written complaint at the Kalkini police station on Thursday evening. The police accepted the complaint as a case around 10 pm.

According to the police and the local sources, Jhantu Chandra Mandal has been living with his family in the Nayakandi area for a long time. Jhantu recently rented a combined harvester from a neighbouring trader to thresh paddy. Councilor Anwar Hossain rented the same machine for threshing paddy. Anwar came to get the machine from Jhantu for threshing. At that time Jhantu was unable to give the machine to Anwar as his threshing was not over. Due to this, Anwar quarrelled with Jhantu. At this time Jhantu was asked to stop paddy threshing.

The matter was reported to the police on behalf of Jhantu’s family. Three members of the police came to Jhantu’s house to give a solution after hearing from both the parties. Members of the Hindu victim’s family said that the councillor and his wife are repeatedly attacking them mainly to embezzle their property and make them leave the country. When the police asked Jhantu to start threshing, the councillor and his wife got angry and started beating Jhantu. When Jhantu’s son tried to stop them, he was also beaten by the people of Councilor Anwar. Meanwhile, Councilor Anwar and his men beat Jhantu and his family in front of the police. Jhantu and several members of his family were injured in the attack. The injured are currently undergoing treatment till the last news is received.