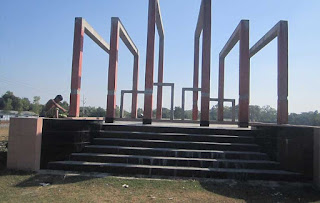 437+ emigrating Marwaris and other Hindus of Saidpur were brutally hacked to death on the 13 of June 1971, by the Urdu-speaking, pro-Pakistani Muslims of Saidpur who had collaborated with the Pakistani occupation army. This bloody incident is known as the Golahat Massacre.

The Marwaris, attracted by the prospect of trade and commerce had settled in the town of Saidpur, long before the Partition of India. The Marwaris became a part of the local population and contributed to the society. In 1911, Tulsiram Agarwal had founded the Tulsiram Girls High School. Some of them had earned a respected position in the society because of their social work.[3] After the Partition, the Marwaris chose to stay back in East Pakistan, instead of emigrating to India. Thousands of Urdu-speaking Muslims from Bihar and the United Provinces settled in Saidpur. In 1971, the Urdu speaking Muslims constituted 75% of the population of city.

During the Bangladesh Liberation War, the Urdu-speaking Muslims openly collaborated with the Pakistanis. Saidpur became a strong support base for the Pakistani occupation army.[4] On 12 April, the Pakistani occupation army killed eminent Marwari citizens Tulsiram Agarwal, Yamuna Prasad Kedia and Rameshwar Lal Agarwal at Nisbetganj, near the Rangpur cantonment. The killings created a panic in the Marwari community. Their homes were looted by the Urdu-speaking Bihari Muslims. 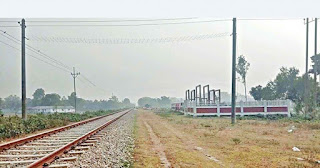