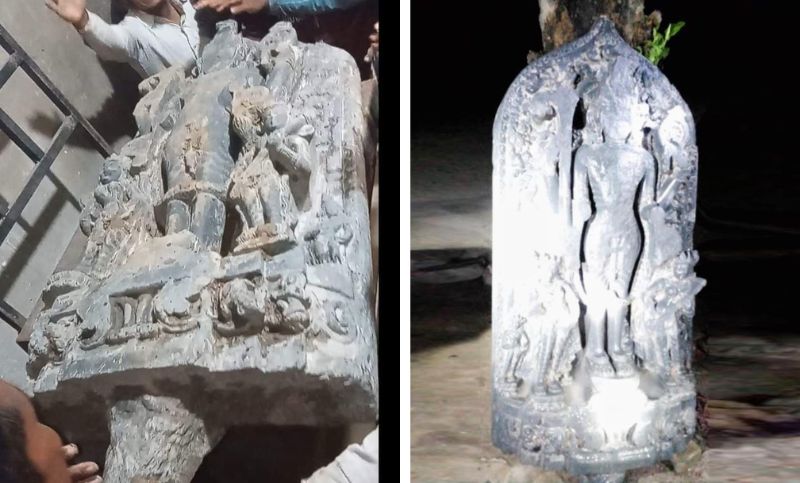 Phulbari’s 29th BGB Battalion recovered a hard stone Vigraha of Lord Vishnu weighing 301 kg in Phulbari, Dinajpur district of Bangladesh. The vigraha was recovered from the Amra border area of Kazihal Union of the Upazila at 6 p.m. on Tuesday (December 20).

According to BGB and local sources, a 40-day job creation programme was underway in the South Amra field, one kilometre inside Bangladesh from border pillar number 300/7-S in the Amra border outpost area. At that time, a resident of the area, Moksedul Islam, while digging in the ground, found a vigraha made of hard stone. The matter was then reported to the Amra border post and the concerned chairman. After receiving the news, the commander of the border outpost, Subedar Md. Shuk Shah, along with a team of BGB, went to the spot and recovered the complete vigraha.

Manik Ratan, chairman of Kazihal Union Parishad, said that a 40-day job creation programme was going on in the southern part of Adivasipara on the Amra border. At that time, while digging the soil in a high mound, they found the Vigraha. When the matter was told to him, he informed the BGB and the police.

Phulbari’s 29 BGB battalion captain, Md. Alamgir Kabir, PSC, confirmed the matter and said that after the legal process, the hard stone Vishnu Vigraha will be submitted to customs.