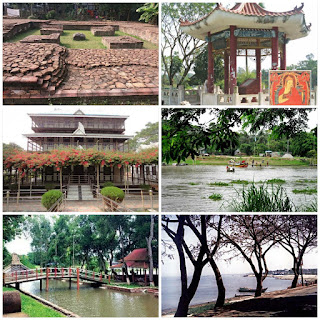 Located in central Bangladesh, about 12 miles away from Dhaka, Munshiganj (district under Dhaka division) was historically known as Bikrampur. Bikrampur was an ancient Hindu city or ‘pargana’ which literally meant “city of courage” (Bikram=courage/valour).

This historic region of Vanga was a part of the Bhawal Estate.

The great Maurya emperor Ashoka was the ruler of ancient Bengal from 269 BCE to 232 BCE. He was a devoted Buddhist who propagated Buddhism across his kingdom. Bikrampur also fell under his eastern kingdom.

The administrative centre of the Chandra kingdom was also established at Bikrampur.

It continued to be the capital throughout the, Sena Dynasty. In 1205, Turkic invader Bakhtiyar Khalji defeated the then-ruler Lakshman Sen in Nadia. Lakshman fled to Bikrampur. His two sons Vishwarup Sen and Keshab Sen kept ruling from here until 1230. But the copper-plate inscriptions during their reign do not mention Bikrampur as the capital. Another Hindu ruler, Danuj Rai, defeated a successor of Keshab Sen and started ruling from here. In early 1280 he moved the capital to Suvarnagrama (later named Sonargaon).

Emperor Akbar established Bikrampur as one of the 52 parganas of Sonargaon sarkar in Bengal subah during his administrative reforms in 1572–1580. During his time, Chand Rai and Kedar Rai were the Zamindars of Bikramapur.

Atiśa Dīpankara Śrījñāna (অতীশ দীপংকর শ্রীজ্ঞান, 982–1054 CE) was born in Bikrampur. He was a Bengali Buddhist religious leader and master from the Bengal region of the subcontinent. He was one of the major figures in the spread of 11th-century Mahayana and Vajrayana Buddhism in Asia and inspired Buddhist thought from Tibet to Sumatra. He is recognised as one of the greatest figures of classical Buddhism.

Bikrampur continues to be celebrated as an early center of Buddhist cultural, academic, and political life. Similar to Gautama Buddha, Atiśa was born into royalty. His father was a king known as Kalyana Shri and his mother was Shri Prabhavati. Raja Srichandra of Chandra Dynasty was his grandfather. One of three royal brothers, Atiśa went by the name of Candragarbha during the first part of his life. In fact, it was not until he traveled to Guge and encountered King Jangchup Ö (Wylie: byang chub ‘od, 984–1078) that he was given the name Atiśa.