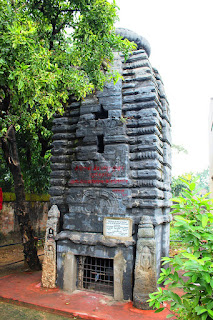 The current condition of the deul.

This small rekha deul (Dharmathakur temple) built of stone is located in the Charra village of Purulia. The tower is extensively carved. The ornamentation of the sikhara suggests that it belongs to an age earlier than 11th century CE. There was another pancharatna temple which has fallen.

There are many loose Jain sculptures strewn around the village.

According to David J. McCutchion, the Jains went on building temples in the remote areas of old Manbhum district  between the 6th to 13th century and many of them are still standing at Bahulara, Harmasra, Deulbhirya, Ambikanagar, Chharra, Pakbirra, Suisa or Deoli, in Bankura and Purulia districts. 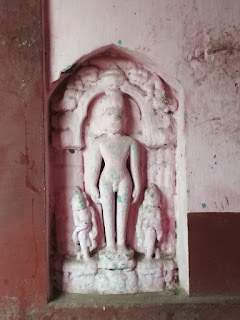 A Jain deity in Dharmathakur temple. 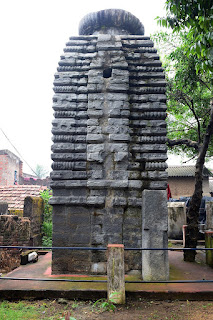 Back side of the deul. 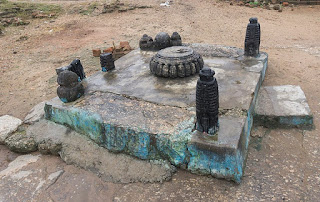 Remains of the other Jain temple. 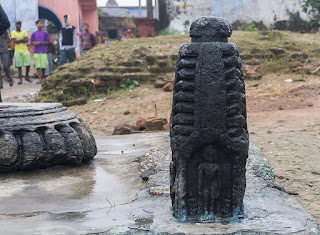 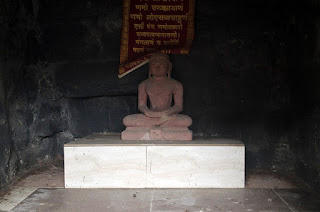 Murthy of the tirthankar.