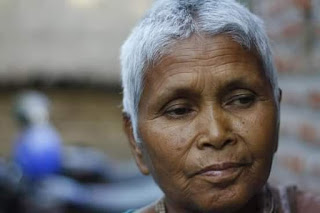 Birangana Tepri Barman, a brave lady who sacrificed herself to save her family.

We have read many stories about rakshasas as children, where the rakshasas would keep an entire village hostage and spare absolute annihilation upon receiving one villager every night as dinner. Tepri Barman’s story is somewhat similar.

It was 1971. Thakurgaon’s Tepri Barman was a newly married girl of 16-17. The Liberation War had broken out.

One day the Pakistani army entered their village and their intention was simply to kill all. Tepri’s family had taken shelter elsewhere to save themselves from this onslaught. Upon finding no one in the house, the soldiers and Razakars took 5 of their cows. Later Tepri went to the Pakistani soldiers’ camp to retrieve their cows along with her brother. The soldiers caught them and threatened to kill her brother and her entire family unless she becomes their sex slave.

Tepri saved her brother and her family by sacrificing herself.

She remained in the camp for six-seven months and was gang raped multiple times every single day.

By the time the war was over Tepri was several months pregnant. She was brought back to her home by her father but he didn’t allow her to abort the child.

Her father thought, she would never be accepted by anyone else, so if she aborts this child in her womb she’ll never be a mother. She’ll live a lonesome life, like an outcast.

Tepri is old now, she suffers from many ailments. Much of her memory is cloudy. But the only thing she wanted was recognition as a ‘Birangana’ which she got in 2017. She has been receiving Muktijoddhas’ Allowance by the Bangladesh government after she received recognition as a Birangana. She has also received a two room house. 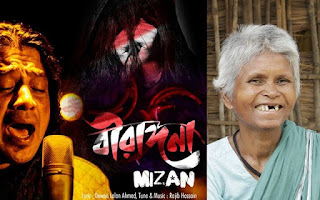 Tepri hopes that her body is covered in the red-green flag of Bangladesh upon her death and she can finally find peace.

But the war is not over for her son, warchild Sudhir Barman. Sudhir, a rickshaw van puller by profession is a total outcast who lives a friendless life. The village society never accepted him. His wife and children are all the people he gets to talk to. Sudhir recalls his lonely childhood, when no one wanted to play with him as he was a war child. He was often called a bastard child of the Pakistanis or Punjabis. Sudhir’s daughter Janata considers her grandmother a hero and would not think twice to make the same sacrifice her grandmother made to save her family in case another war breaks out. 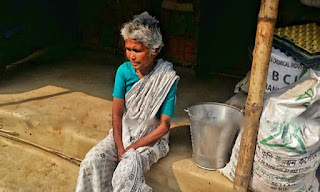 Sudhir unlike the regular Bengali is not at all fond of fish. Tepri says she still remembers those 4 men that raped her the first day in camp. She thinks she knows who Sudhir’s father is and why he doesn’t like fish…