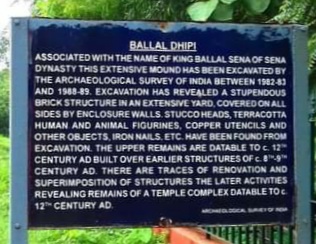 ASI board.
The board put up by ASI reads, “Associated with the name of king Ballal Sena of Sena Dynasty this extensive mound has been excavated by the Archaeological Survey of India between 1982-83 and 1988-89. Excavation has revealed a stupendous brick structure in an extensive yard. Covered on all side by exclosure walls, stucco heads, terracotta human and animal figurines, copper utensils and other objects, iron nails etc. have been found from excavation. The upper remains are datable to c.12th century AD built over earlier structures of c.8th-9th century AD. There are traces of renovation and superimposition of structures. The later activities revealing remains of a temple complex datable to c. 12th century AD”. 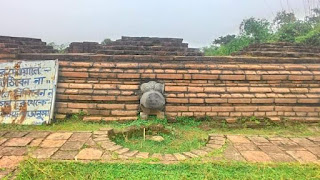 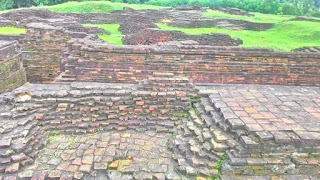 The Kolkata Circle of the Archaeological Survey of India excavated the mound, during 1982-1988, and “exposed huge brick structures and various antiquities datable to c. 10th to 12th cent. AD. The brick structure include shrines on sides and a massive construction within an enclosure.” The antiquities indicate the possibility of Buddhist affiliation. The structural complex covers nearly 13,000 m2. Experts opine the “stupa(vihara) of eighth/ ninth century was perhaps a seat of learning and pilgrimage up to the end of the 11th century.” It is about 25 km from Krishnanagar.
The ASI has divided the site into two parts – the mound and the remains of a fort. Both the sites are identified as Monuments of National Importance. 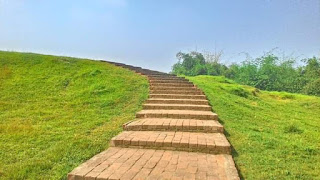 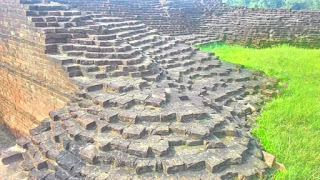 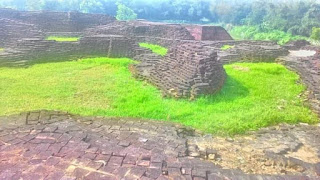 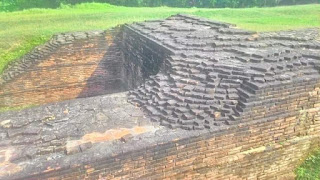 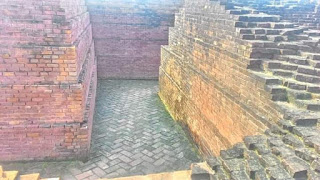 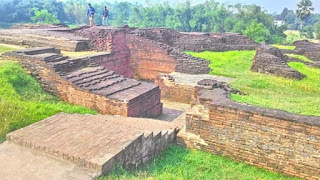 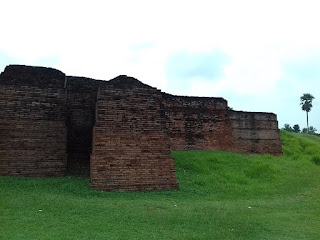 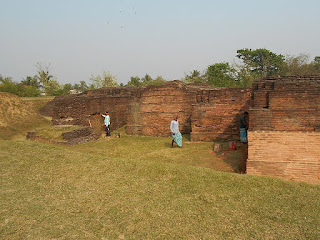 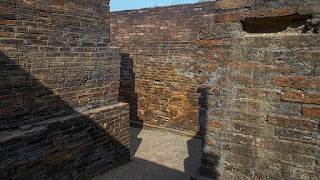 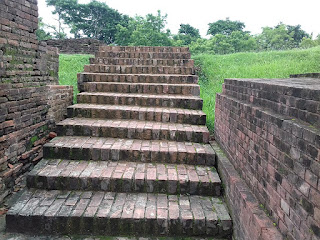