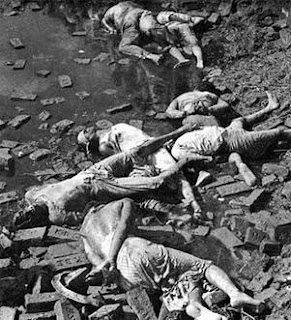 As the war neared its end, a final effort was made to kill as many intellectuals as possible, to eliminate the future leaders of the new nation of Bangladesh. On 14 December 1971, over 200 of Bangladesh’s intellectuals including professors, journalists, doctors, artists, engineers, and writers were abducted from their homes in Dhaka by the Al-Badr militia and the Pakistan Army. Notable novelist Shahidullah Kaiser and playwright Munier Choudhury were among the victims. They were taken blindfolded to torture cells in Mirpur, Mohammadpur, Nakhalpara, Rajarbagh and other locations in different parts of the city. Later they were executed en masse, most notably at Rayerbazar and Mirpur. In memory of the martyred intellectuals, 14 December is mourned in Bangladesh as Shaheed Buddhijibi Dibosh, or Day of the Martyred Intellectuals.

It is widely speculated that the killings of 14 December were orchestrated by Major General Rao Farman Ali. After the liberation of Bangladesh a list of Bengali intellectuals (most of whom were executed on 14 December) was discovered in a page of his diary left behind at the Governor’s House. The existence of such a list was confirmed by Ali himself although he denied the motive of genocide. The same was also confirmed by Altaf Gauhar, a former Pakistani bureaucrat. He mentioned an incident in which Gauhar asked Ali to delete a friend’s name from the list and Ali did so in front of him.