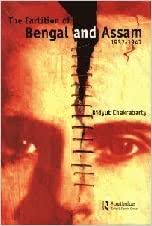 The fragmentation of Bengal and Assam in 1947 was a crucial moment in India’s socio-political history as a nation state. Both the British Indian provinces were divided as much through the actions of the Muslim League as by those of Congress and the British colonial power. Attributing partition largely to Hindu communalists is, therefore, historically inaccurate and factually misleading. The Partition of Bengal and Assam provides a review of constitutional and party politics as well as of popular attitudes and perceptions.