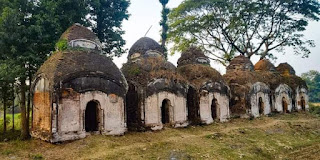 Located in Khanakul, Hooghly, near to the ancestral home of Raja Rammohan Roy, the “Six Co-wives’ Temple” or the “Choy Sotiner Mondir” is a historic set of Hindu temples. 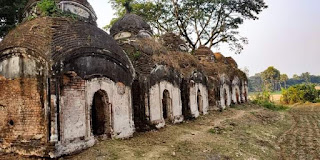 These Shiva temples were built by a certain Kanai Banerjee (Bandyopadhyay) who had 7 wives. He had built all of them a separate temple for worship. While 6 of them stand side by side, the 7th one is located elsewhere, near the house where they resided. The house and the attached temple is in ruins now, however, the six temples still stand. 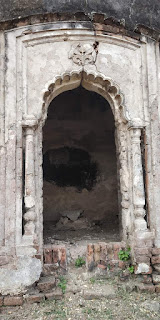 The Shiva Lingas are missing from the temples. 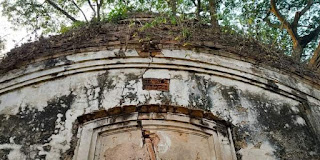 The temples are built in Bengal ‘atchala’ style. The aat-chala temples have a two-tier roof, with each level having four curved triangular sectors. 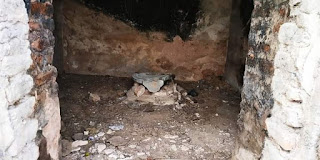 The broken Gauripattas are still visible in one or more of the temples. 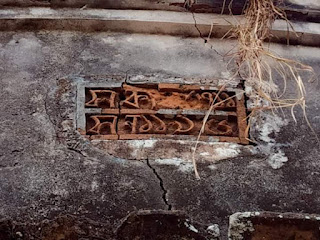 The establishment plaques can be seen in two of the mandirs which suggest that they were built in 1789 CE.