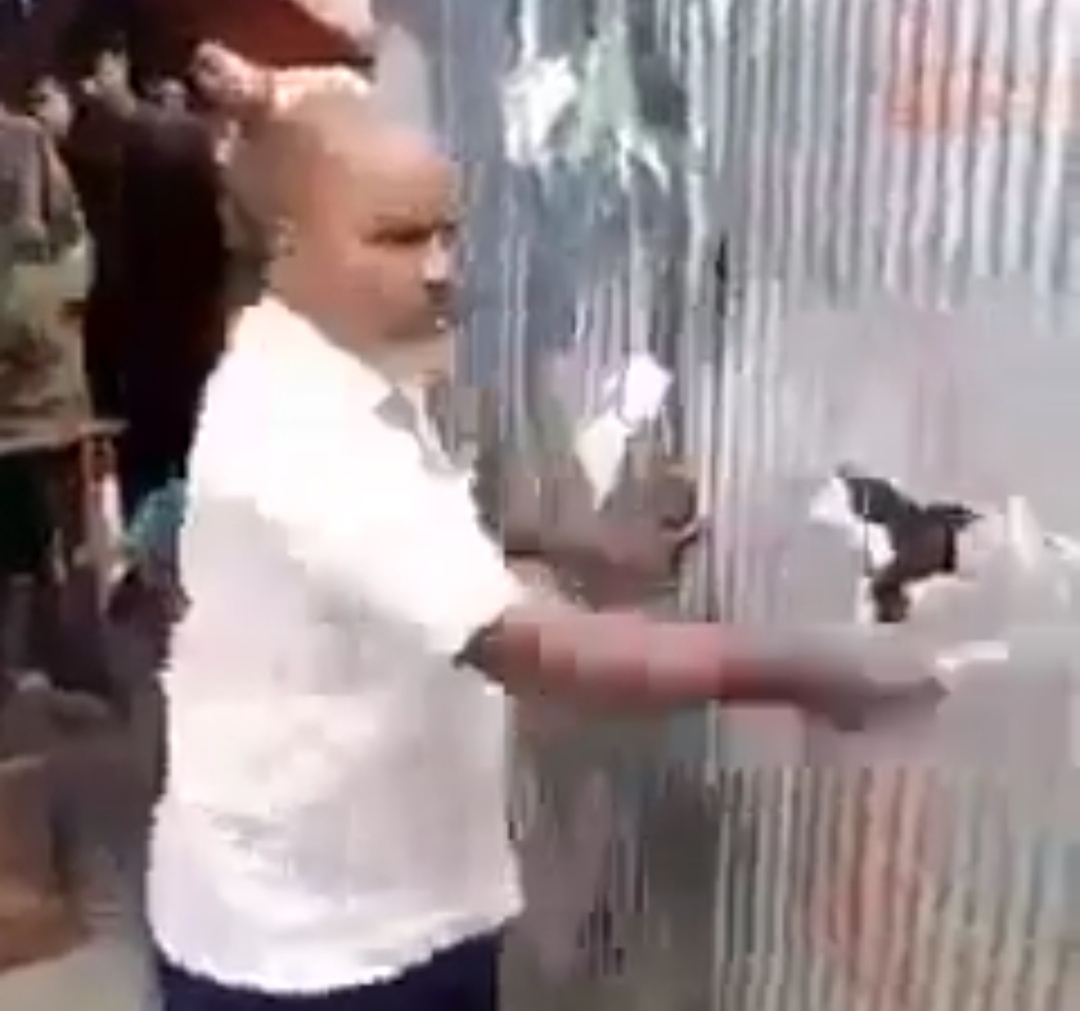 This time in Bangladesh, government officials have been accused of vandalising the gate of the Kali temple of the minority Hindu community. This incident took place at Kali Mandir in Bhaulaganj Bazar 1 No. Chilahati Union of Debiganj Upazila of Panchagarh District. Tension spread in the local area around this incident.

This attack occurred on September 12, 2022. According to the local Hindus, the attack was led by local land office officials Belal Hussain and Haider Ali. When the temple committee people tried to stop it, the land officer, Belal Hossain, became furious with them.

Panic has spread among Hindus in the local area based on this incident. In a separate incident, the local Islamists vandalised Durga idols in the Kushtia district of the country. It is the first incident of Durga idol vandalism in Bangladesh this year. Recently, the country’s home minister, Asaduzzaman Khan, made a statement like Fatwa that during Namaz and Azan, the sound box in the puja mandap should be shut down. And the leaders of Puja Udjapon Parishad agreed to that. Also, the country’s Prime Minister, Sheikh Hasina, came to India and made a statement that Hindus in Bangladesh are safe. But the real picture depicts the terrible condition of Hindus.