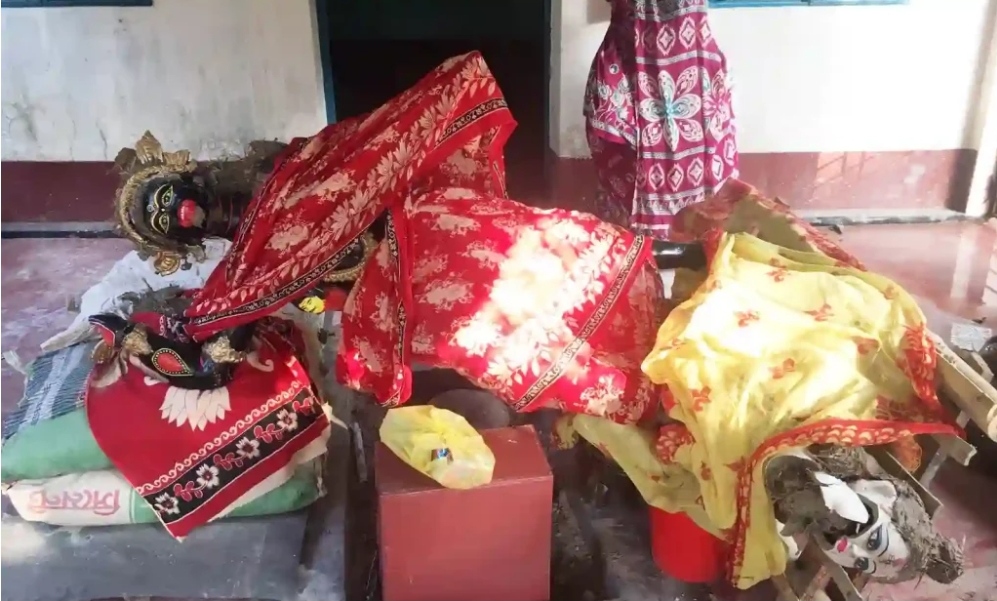 There was a land dispute over the land of the “Darora Sri Sri Shamshan Kali” temple in Ward No. 1 of Darora Union No. 19, Muradnagar Police Station, Comilla District, Bangladesh. Just seven days ago, the temple committee had appealed to the Comilla Deputy Commissioner, Superintendent of Police, and Muradnagar Upazila Nirbahi Officer to solve this problem. On the late night of November 5, 2022, unknown miscreants entered the temple and vandalised the vigraha of Maa Kali.

Hussain filed a case in court claiming ownership of the temple site about three times. But he lost the case three times in a row. It has been repeatedly proven in court that this place is registered in the name of Shamshan.

Three or four days before the incident, the Upazila Nirbahi Officer came to visit the Shamshan site in Muradnagar upazila and promised that within ten or twelve days the border wall would be drawn on the land. Just 3 or 4 days after that, this horrible attack took place at approximately 1:30 a.m.

The next morning at 7 a.m., passersby found the Ma Kali Vigraha lying broken inside the temple. When the incident became known, leaders of the local Hindu Mahazot, Upazila Nirbahi Officer, the OC of Muradnagar police station, and other Hindu organisations visited the spot.

Previously, on Friday, November 4, unidentified miscreants took away the heads of Ma Kali and Shiva Vigraha from a puja mandap in Khamarpara village of Khansama Upazila of Dinajpur district, Bangladesh. A case is being prepared against unidentified persons for allegedly hurting religious sentiments in this incident.