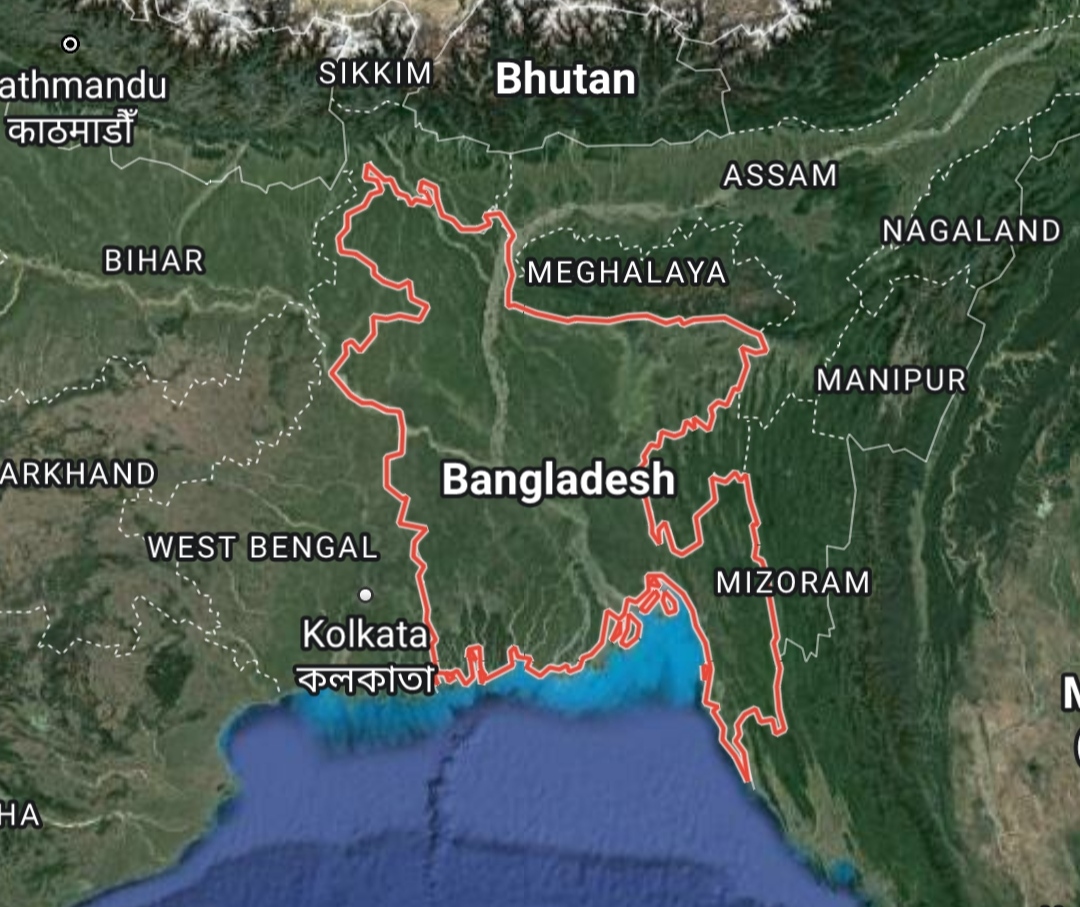 The original name of the Satkhira district was Satgharia. During the perpetual settlement, Bishnuram Chakraborty bought the pargana at auction in 1772 as an employee of Krishnachandra, king of Nadia, and established a village. The name Satgharia is derived from the fact that his son Prananath Chakraborty brought Satghar Kulin Brahman and established it in this pargana.

The naming of this district is associated with the history of the Hindu fishing community of this district. Later in the Middle Ages, Hindu fishermen settled on the banks of Sandhya, Sugandha, Dhansindri and Biskhali rivers. Its ancient name was ‘Maharajganj’. Shri Kailash Chandra, the landlord of Maharajganj, used to hold zamindari meetings here. Later he built a ganj or bazaar in this place. Fishermen used to sell net sticks in this ganj. It is believed that Jhalakathi was named after the stick of this net. It is known that fishermen from different places used to come here for fishing and lived on the banks of the Sugandha river like nomads. The professional identity of the fishermen of this region was called ‘Jhalo’. The fishermen then cleared the forest and settled here permanently. Later Jalkati was converted into Jhalokati.

It is said that Chuadanga was named after Chungo Mallick, the ancestor of the Mallick dynasty of this region. Chungo Mallick, along with his wife, three sons and a daughter, came from India and settled here on the Mathabhanga river in 1740 AD. The name Chungodanga is mentioned in a record of 1797. The name Chuadanga comes from Chungodanga due to a distortion of pronunciation when translating from Persian to English.

There are several opinions regarding the naming of the Lakshmipur district. Lakshmi, according to Hinduism, is the goddess of wealth and fortune (daughter of Durga and wife of Vishnu) and Pur is the city or town. As such, the general meaning of Lakshmipur is a city rich of wealth or a city of good fortune. Historian Kailash Chandra Singha, while writing the history of Rajmala or Tripura, mentions the names of the Parganas and mahals of Noakhali at that time. It can be seen that there was a mouza called Lakshmipur to the west of Banchanagar and Samserabad mouzas. Today’s West Lakshmipur Mouza is then Lakshmipur Mouza.

Gopalganj district town has an ancient history. Rajganj Bazar of the past is today’s district town of Gopalganj. About centuries before, there was nothing here that meant the city. It was known only as a small market. This area was under the jurisdiction of Rani Rasmoni, the zamindar of Makimpur State. Note that Rani Rasmoni was a fisherman’s daughter. Once she saved the life of a high-ranking English gentleman. Later, as a reward, the British government granted Rasmoni as the zamindar of Makimpur State and conferred on her the title of Rani. One of the grandsons of Rani Rasmoni was named Nabagopal. She renamed the place Gopalganj after the name of his beloved grandson and to keep the old history memorable, keeping ‘Gopal’ the first part of his grandson’s name and adding ‘Ganj’ of Rajganj with it.

In 1766, Bekon Lal Pandey (Benu Tagore or Lakshminarayan Tagore), a leader of the Hindu community, took ownership of the region from the East India Company. He declared the market on the banks of the river Shitalaksha as the property of Debottar through a will to bear the cost of service of Lord Narayana. So later the name of this place was made Narayanganj.

In ancient times, the eastern part of Madaripur was known as Idilpur and the western part as Kotalipara. Idilpur was a developed town in the Chandradwip kingdom. At that time the administrative name of this region was Navyamandal. After the entry of Sufis in the fifteenth century, it was influenced by the muscular strength of the Sufis. Later, Madaripur was renamed from Idilpur after the name of Hazrat Badruddin Shah Madar.

To discuss the origin of the name Rajshahi, one has to go back a few centuries. The ancient name of this city was Mahakal Garh. Later it was transformed into Rampur-Boalia. There is no clear explanation as to how the name Rajshahi originated from Rampur-Boalia. Many believe that this town was once called Rajshahi because it was ruled by many rich Hindus, Hindu kings and zamindars.

The original name of Thakurgaon was Nishchintapur. What has been found about the naming history of Thakurgaon is that two brothers named Narayan Chakraborty and Satish Chakraborty lived in a mouza of Akcha Union, 6 km north of the present district headquarters, where the district office court is located. They were well known in the area for their wealth and influence. The people there used to call that Chakravarti house as Thakurbari. Later the locals started calling this place Thakurbari to Thakurgaon.

Dinaj or Dinaraja was the founder of the Dinajpur royal family. Dinajpur is the name of the mouza located in Rajbari after his name. Later, the British rulers named the district Dinajpur in honour of the king.

Rajbari was named after King Surya Kumar. Prabhuram, the grandfather of King Surya Kumar, disgusted the British for some reason while he was a royal official of Nawab Siraj-ud-Daulah. After the battle of Palashi, he hid in Lakshmikol of present-day Natore. Later his son Dwigendra Prasad established zamindari in the Rajbari area. Surya Kumar, son of Dwigendra Prasad, was conferred the title of Raja in 1855 for his philanthropic work.

There is no end to the legend of naming ‘Pabna’. According to a legend, the name Pabna originated from the preceding stream of the Ganges called ‘Pabni’. According to another source, the place was namer after a robber named ‘Paban’ or ‘Pabna’. During the reign of Pala king Rampal in the eleventh century AD, the name ‘Padumba’ was found in this region. According to this source, some historians think that the name ‘Pabna’ comes from ‘Padumba’. Over time, Padumba has come to Pabna to protect its tone consistency.

According to Hinduism, the area is known as Shrihatta because the severed hand (‘Shri Hasta’) of Sati Devi, the wife of Lord Shiva, had fallen here. The area is referred to as “Siriot” in the 4th century BC historian Arian’s text. Also, in the second century AD, Ailien’s description of the region as “Sirte”, and in the Periplus of the Erythrian Sea, the region is named “Sirte” and “Siste”.When Hiuen Tsang, a Chinese traveller, visited the region in 640 AD, he named the region “Silichatal” in his travelogue. When the Muslim general system was started in this country through the invasion of Bengal by the Turkish general Ikhtiyar Uddin Muhammad Bakhtiyar Khalji, the Muslim rulers wrote names like “Silahet”, “Silhet” etc. in their documents instead of “Shrihatta”. And this is how the name Sylhet became famous after being transformed from Shrihatta.

There are several opinions regarding the naming of Brahmanbaria district. According to SM Shahnoor’s “Naming Itikatha”, there was a severe shortage of Brahmins in the area during the reign of the Sen dynasty, which hindered worship in the region. To solve this problem, Lakshman Sen, the last king of the Sen dynasty, brought some Brahmin families from Kanyakunj to this region. Some of these Brahmin families built houses in the town. Many believe that the district was named Brahmanbaria because of the location of the houses of those Brahmins. According to another view, Shah Sufi Hazrat Kazi Mahmud Shah, a preacher of Islam from Delhi, persecuted the mentioned Brahmin families and ordered them to leave the city, from which the name Brahmanbaria is believed to have originated.