Remembering Golahat massacre, a forgotten chapter of the 1971 Hindu genocide 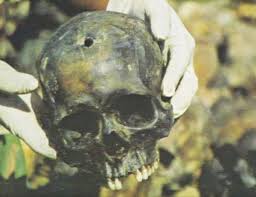 Remembering Golahat massacre, a forgotten chapter of the 1971 Hindu genocide

Yesterday was the 51st anniversary of the infamous Golahat Hindu massacre in the Nilphamari district of Bangladesh. On June 13, 1971, 436 innocent Hindus were slaughtered, promising to reach India safely by train. On this day, the culvert and the railway line of Golahat turned into an ocean of corpses. The infamous Hindu massacre was named Operation “Kharchakhata”.

A large number of Marwaris lived in Syedpur town of Nilphamari district. They were members of the Hindu community from different parts of India, who came to the commercial city of Syedpur for business purposes long before the partition in 1947 and fell in love with the city. They became locals of Syedpur. On the night of March 23, three days before the start of the War of 1971, the Pakistani army in Syedpur and their allies, the local l and the Bihari Muslims of Syedpur started killing Bengali Hindus. They went to the neighbourhood and killed the leading Bengali Hindus indiscriminately. In this situation, the Marwari Hindus of the city were also spending their days in terror. From March 24, Bengali Hindu families in Syedpur town were completely cordoned off.

Tulsiram Agarwala, Jamuna Prasad Kedia, Rameshwar Lal Agarwala and various prominent personalities of the local Marwari community along with prominent Bengali Hindus of Syedpur were taken to Nisbetganj slaughterhouse near Rangpur cantonment on 12 April and killed by Pakistani forces. After this incident, panic spread in the local Marwaripatti. At this time Bihari Muslims went to the houses of Marwari Hindus and looted. In the meantime, the month of June had come. On June 5, the Pakistani army suddenly announced that “those who are Marwari Hindus will be safely transported to India. A special train has been arranged. The train will take the Marwari Hindus to the border on 13 June.”

Yet no one could have guessed what would happen next, what a terrible chapter was about to come in their destiny. This announcement went on for 5 days in a row. Meanwhile, besides the innocent Marwaris, the local Bengali Hindus also had hope. More than 450 Marwaris had been waiting at Syedpur railway station since the previous night. The Marwaris had already appeared for fear of not getting a seat on the train. As soon as the train arrived at around 5 in the morning, the Marwaris got up in four bogies of the train. The box was full of people and then the train. They couldn’t wait any longer. Feelings of excitement on the one hand, and fear on the other.

The train finally left at 10 am. All windows and doors were closed after the train left. The train slowly came to a halt near Golahat in the city after crossing a distance of about two miles. Everyone was wondering what happened, why the train had stopped? Fear and dread appeared in their eyes.

On the other hand, Bihari Razakar Izahar Ahmed, Bihari leader Qayyum Khan and a large number of Bihari and Pakistani army soldiers were present at Golahat waiting for the same train. As soon as the train stopped, the doors of each bogie were opened and a few Biharis entered with Ramda (Indigenous weapon) inside. Outside, the Pakistani army surrounded the whole area with heavy firearms. So that not even a Marwari Hindu could escape. They started chopping the Marwari Hindus with Ramada. In an instant, the Marwari Hindus were horrified and killed by the demonic local and Bihari Muslims. Some of the bodies were cut into pieces and thrown around the railway line. Children were brutally killed, and Hindu women were raped.

In just a few hours, 448 fresh Hindus were cremated. Surprisingly, only a few more than 10 young people somehow survived the massacre that day. They got off the train and rushed to Dinajpur. Yesterday was the 51st anniversary of the infamous Golahat Hindu massacre in Nilphamari. We pay our respects to the victims of this brutal Hindu massacre perpetrated by the Pakistani forces and their allies, local and Bihari Muslims.