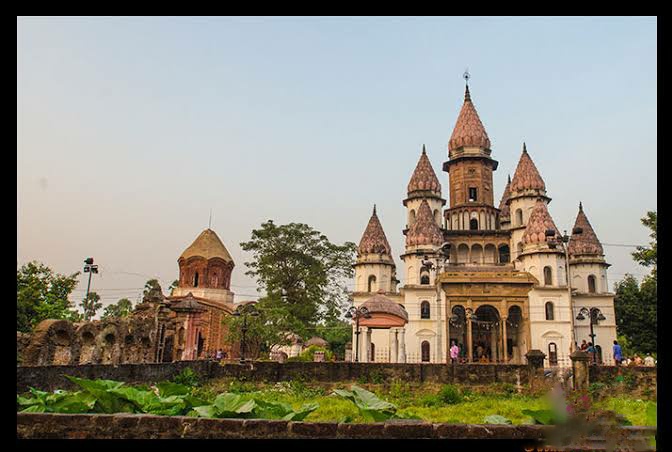 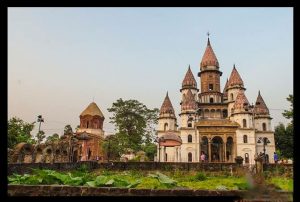 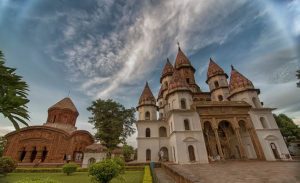 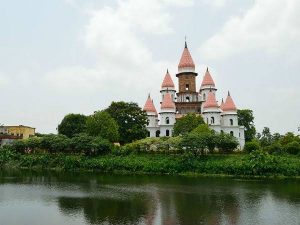 Hanseshwari mandir. Among the uncommon features are its Lotus domes.

The mandir was commissioned by Raja Nrisingha Deb in 1790. But the building stopped midway with his abrupt passing away. The construction was left abandoned for a few years. After 1810, Rani Shankari, Nrisingha Deb’s widowed queen, ordered for its completion. According to some people Nrisingha Deb was a practitioner of the Tantric cult and this is why he chose this architectural pattern, which is somewhat uncommon for a mandir. It has thirteen towers levelled at five different tiers, each tapering to a lotus dome. This style of architecture maybe compared to the cathedral architectures of Russia e.g. Pokrovsky Cathedral, Moscow. 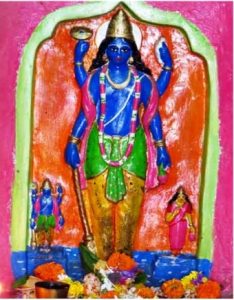 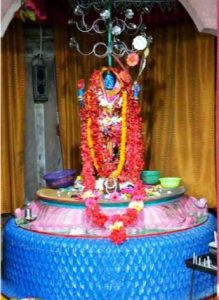