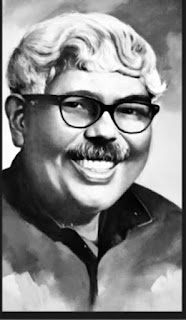 Dev was assassinated along with the husband of his adopted daughter by the Pakistan army who were involved in 1971 Dhaka University massacre on the night of 25 March.

At the time, Dev was residing in a university quarter near Jagannath Hall with his adopted daughter Begum Rokeya Sultana and her husband Mohammad Ali. At around 11 p.m., the residents of the house were awakened by the sound of gunfire as the army raided the campus. As Rokeya remarked later, bullets were hitting the house like a hailstorm. The family took shelter in a small room and kept awake the whole night.

On the morning of 26th, a group of Pakistani soldiers came to the door. They started banging on the door as they shouted in Urdu, “You son of an infidel, open the door.”(“Malaun ki baccha, darwaza khol do”)

As Dr. Dev proceeded to open the door, the door collapsed on him. Upon entering the house, one of the soldiers hit on his head with his rifle. Dev feebly asked, “What do you want here, son?” In response, the soldiers shot a few more rounds at him. Two bullets hit him in the head and the other bullets hit him in the chest. Dev died immediately. The soldiers beat Rokeya mercilessly and killed her husband. They also plunged a bayonet into the professor’s lifeless body just to make sure he was dead. They later took the dead bodies to the grounds of Jagannath hall where the bodies of the other victims of the massacre were dumped.