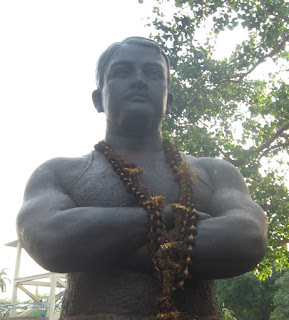 Jatindra Charan Guha (যতীন্দ্রচরণ গুহ) (13 March 1892 – 2 January 1972), popularly known by his ring name Gobar Guha or Gobor Guho (গোবর গুহ), was a world-famous Indian wrestler and practitioner of Pehlwani. He was the first Asian to win the World Light Heavyweight Championship in the United States in 1921. 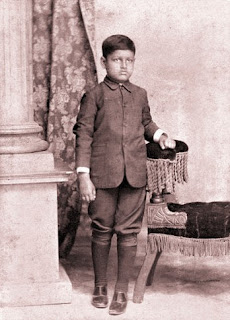 Gobor Guho developed his own style of wrestling which took Indian wrestling into newer heights. His style included his own wrestling holds like dhonka, tibbi, gadhanet, dhak, tang, pat, dhobiya pat and kulla which later became a part and parcel of Indian wrestling. He was famous for his vicious chops known as ‘radda'(রদ্দা). His achievements and success inspired Bengali Hindus to take up wrestling as a career which was seen as the traditional bastion of Muslims. Not only wrestlers but the famous body builders like Manohar Aich and Monotosh Roy were inspired by his successes. His own disciples included his son Manik and his students Banamali Ghosh, Jyotish Charan Ghosh and Biswanath Dutta.