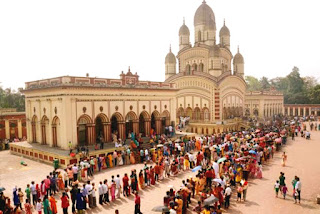 The Dakshineswar Kali Temple was built in by Rani Rashmoni after she was visited in a dream by Goddess Kali who ordered her build a temple on the banks of the Ganga and establish her idol. The temple was completed between 1847 and 1855. Ramkumar Chattopadhyay was the first head priest in 1855 but after his death in 1856, the position was adorned by the famous and revered mystic Shri Ramakrishna Dev and his wife Sarada Devi. The plaque inscribed with the name of the founding mother of the Dakshineswari Kali Mandir. It reads: 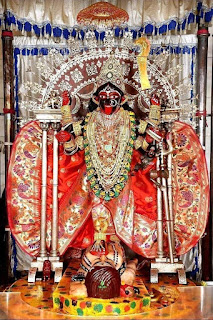 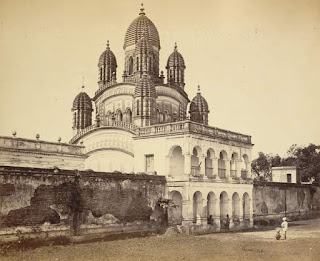