Excavations at Mahasthangarh in Bogra reveal traces of the Pala Empire 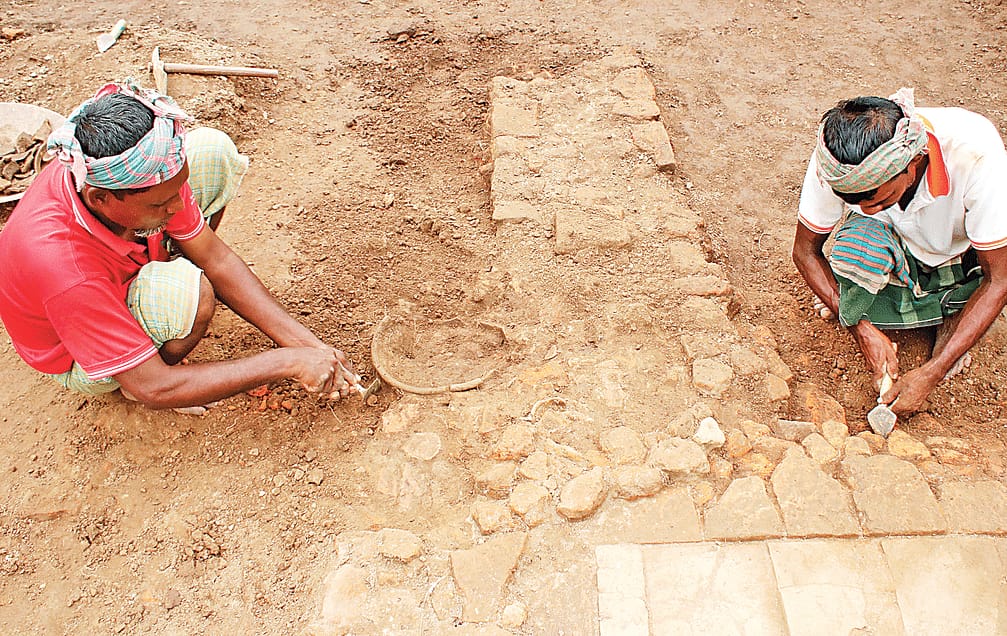 Excavations at Mahasthangarh in Bogra reveal traces of the Pala Empire

Archaeological excavations at Mahasthangarh in Bogra have unearthed ancient artefacts dating back to more than 1900 years. Ancient seals and burnt clay heads have already been discovered from this excavation in Bangladesh. Several Buddhist statues of the Gupta and Pala periods have also been found. Archaeologists say there is a Buddhist temple at Bairagir Vita in Mahasthangarh whose remains have also been discovered.

Archaeological excavations have uncovered several archaeological sites dating back to the Gupta period (320 to 550 AD). Apart from this, four Buddhist mausoleums and a Buddhist temple of the Pala period (800 to 1200 AD) have been found inside the fortified city of Mahasthangarh.

The excavation work has been going on since March 1 this year at Bairagir Vita in Mahasthangarh. The excavation work that started will continue for a few more months. According to the Department of Archeology, 1800-year-old Buddhist statues, two Buddhist stupas (mausoleums), seals emblazoned with ancient inscriptions, burnt earthen female heads, ornate bricks, broken pottery, Buddhist temples and other antiquities have been found there.

The Department of Archeology started excavating Bairagir Vita in 2016 to present the hidden secrets of history to the audience. Although the excavation has been stopped for the last three years due to the Corona epidemic, this time the excavation is going on again in this Vita.

An earlier excavation had uncovered a temple complex just south of the site where the monastery is currently being excavated. And this time the excavators found the Buddhist temple complex.