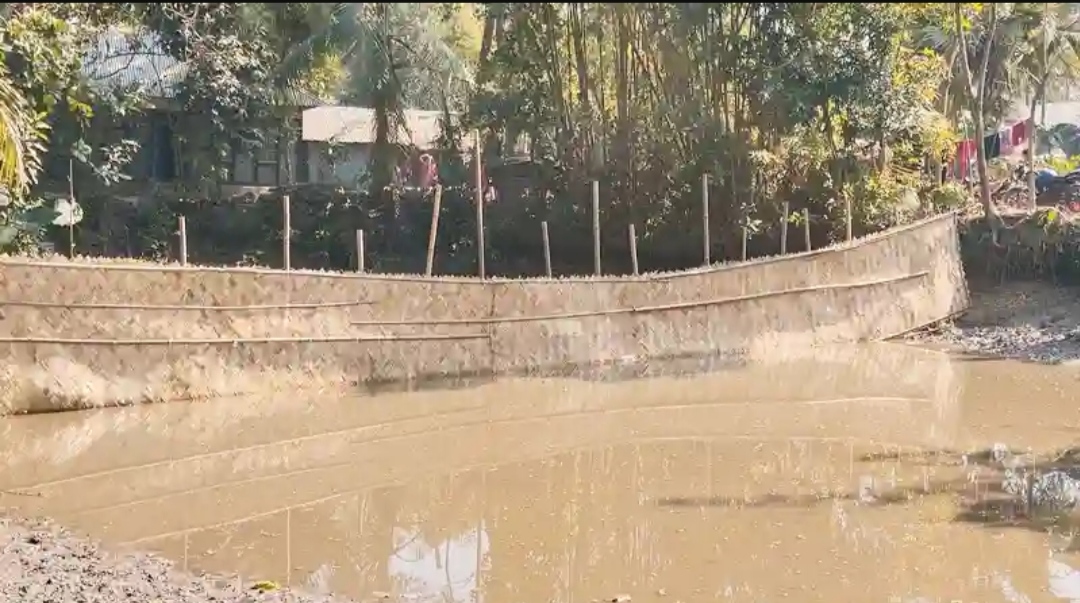 In the Chandpur district of Bangladesh, a student leader of the government party has once again been accused of forcibly occupying the land of the Hindu community. The accused, Ibrahim Mia, is convener of the Chhatra League of the Kachua Bangabandhu Government Degree College Branch in Chandpur district. Ibrahim Mia has been accused of encroaching on the land of the Hindu community of Basabaria village in the upazila.

The victim, Hindu Uttam Sarkar, mentioned in the complaint that about two months ago, a police complaint was filed against his brother, Sushil Sarkar, due to a land dispute. Later, with the help of local individuals, the dispute was settled by registering 3484.8 square feet of land to Sushil Sarkar, Priyalal Sarkar, and Uttam Sarkar.

After that, the accused, Mohammad Ibrahim Mia, took the signature of Uttam Sarkar on 3 blank stamps, saying that he had to withdraw the complaint from the police station. At some point on Saturday night, Ibrahim built a bamboo fence in the middle of the property in order to fill and occupy the land, hidden from public view.

When Uttam Sarkar got the news and came to Kachua from Narayanganj and asked Ibrahim about it, Ibrahim threatened him. On Monday night, Uttam Sarkar filed a written complaint with Kachua Police Station, making Ibrahim Miah the main accused and 7/8 unknown accused to regain possession of his property.

Chhatra League leader Md. Ibrahim Mia claimed that Uttam took the money from his mother by signing the stamp and saying that they would sell the land. According to that, he has fenced the property with bamboo. Ibrahim Mia’s mother, Fatema Begum, claimed that Uttam took Tk 690,000 from her by signing stamps. The officer-in-charge (OC) of Kachua police station, Md. Ibrahim Khalil, said that the investigation is continuing in view of the complaint and that legal action will be taken after the investigation.