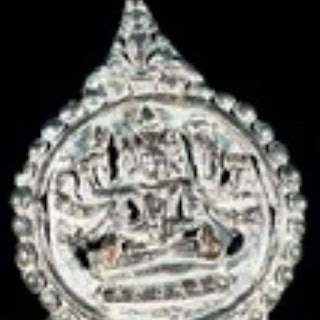 This copper plate document, 38.6 x 33 cm, was found in a small village near the cantonment of Barrackpur, 24-Parganas District.

Inscribed in Sanskrit, it is a land grant with a genealogy of the Sena dynasty, dated in the 32nd year of the reign of Vijaya Sena (probably from CE 1159). The royal seal of that dynasty, a ten-armed figure of Shiva, is attached to the top of the plaque. It records the grant of a piece of land to a brahmin named Udayakaradeva Sharman in return for performing a special Vedic sacrifice during a lunar eclipse for Vijaya Sena’s principal queen, Mahadevi Vilasa Devi. 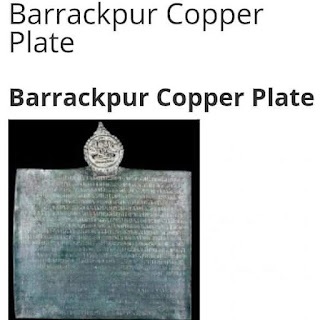 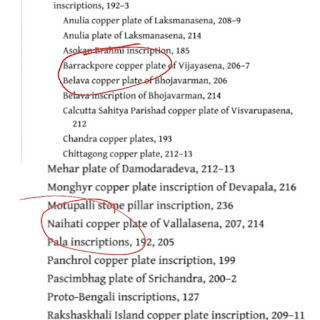