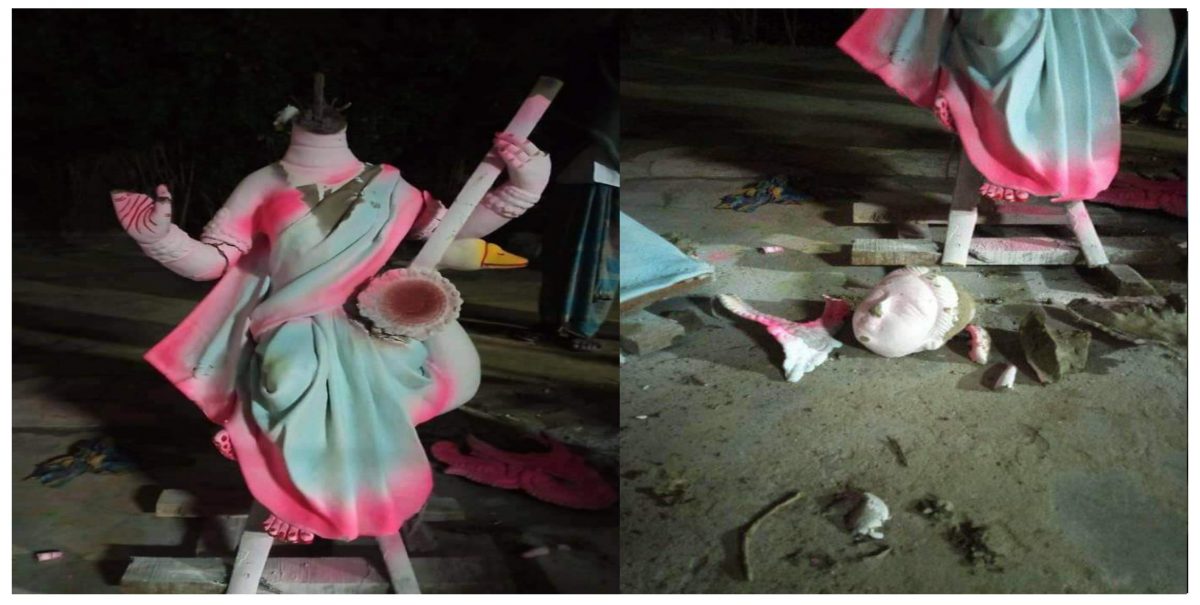 Attacks by Islamic fundamentalists on the Hindu community in Bangladesh are increasing. In the first month of the year, the Vigraha of Devi Saraswati was vandalised in the Netrakona district of Bangladesh. During this time, the attackers vandalised several vigrahas of Saraswati.

It is known that the attack took place in the Sarbajaneen temple of Purbadhala Bazar in Netrokona, Bangladesh. The attacker took advantage of the temple being empty yesterday evening. The footage of the temple’s CCTV camera was checked to detect the vandalism of the Vigrahas. During this time, the suspected Islamist attacker was seen in the video footage.

Ever since the news of this attack spread, there has been widespread anger and fear among Hindus in the local area. On the other hand, due to the culture of impunity for Islamist attacks on Hindu communities, such attacks are increasing, say experts.