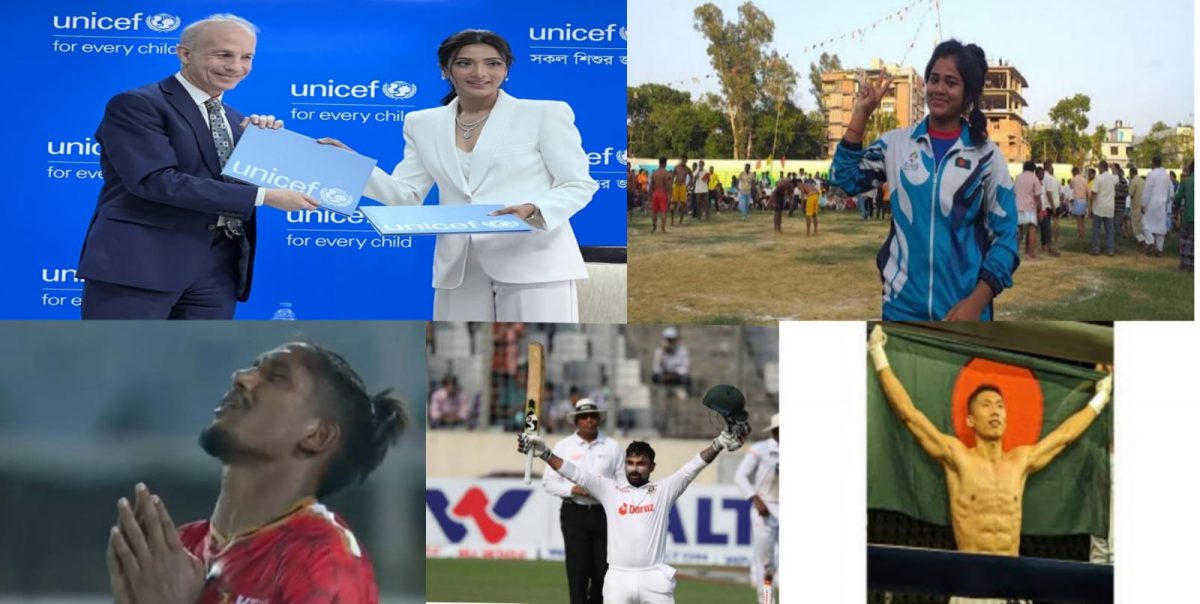 The United Nations has recently appointed Hindu actress Bidya Sinha Saha Mim as National Goodwill Ambassador of UNICEF Bangladesh. Hindu actress Bidya Sinha Saha Mim has previously won the country’s National Film Award. The announcement was made at a function organized by UNICEF Bangladesh at the Pan Pacific Sonargaon Hotel in Dhaka on Thursday. UNICEF says Mim has worked to protect children’s rights. This time Mim has been added to the list of those who have done this by using their popularity in different countries. UNICEF also said that Mim will work as UNICEF’s National Goodwill Ambassador in Bangladesh to raise awareness about children’s rights. She will work especially for the most neglected children and victims of various forms of violence.

Recently, Tithi Roy, a Hindu wrestler, came up for discussion after becoming the champion in the women’s wrestling competition in Cox’s Bazar, Bangladesh. Tithi Roy, a Hindu woman wrestler, became the champion after defeating Fatema Begum of Bangladesh Police in a 25-minute battle in three rounds at the 67th DC Saheb Wrestling Competition held in Cox’s Bazar on Saturday (May 7). The Hindu community in Bangladesh and around the world is overjoyed by her success.

Bangladeshi Hindu cricketer Liton Kumar Das has silenced critics with his recent performances. He has also scored a century in addition to responding to critics with a series of runs. The Hindu cricketer was on fire in the Dhaka Test against Sri Lanka. He seems to have sent each ball off the field thinking of the critics’ long-winded remarks. Several times he has been the victim of offensive remarks about his religious identity on the pretext of criticizing his batting. Besides saving the team from a big batting disaster, this Bangladeshi Hindu cricketer has come to the fore in the world of cricket by playing an impeccable inning of 141 runs.

Bangladeshi football club Bashundhara Kings has created a stir by defeating Gokulam Kerala in the AFC Cup held in India. One of the leaders of their victory was Bangladeshi Hindu footballer Bishwanath Ghosh. At the end of the match, before the victory celebration, he did Pranam and remembered Bhagwan. Seeing this gesture of his prostration, the Hindu community of Bangladesh and the whole world is applauding. At the end of the match, he said, “The victory came by the grace of Bhagwan.”